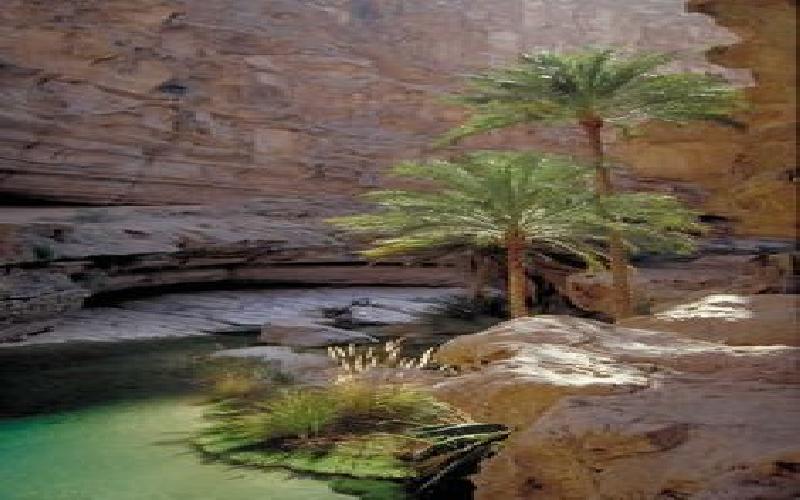 Did you know that some of the largest city today is once an oasis? Some of these places are the Cairo, Egypt; Phoenix, Arizona and the Salt Lake City where once a great oasis area in the desert.

Movies, stories and even our imaginations had told us about a traveler who lost in a very hot desert to which we often concluded that he will die soon, but finally comes to a place where there are plenty of green plants and water. For a desert traveler, seeing green plants and crops growing in a middle of a desert area is not only a welcome sight but also is a life-saving experience. Such area in which there is enough water to grow plants is called an oasis.

The world’s deserts are also home of its own famous oasis, both on its natural form or man-made of various sizes and shapes. Some of this natural oasis is large enough to support a human settlement or even an entire city. While the smaller  oasis are the key places to which many desert travelers and his animals takes their rest and find their most needed food. While the larger ones were used as a gathering of people from all places to sell and buy goods as well as centers for entertainment and amusement.

How does an oasis formed? Natural oasis is formed near rivers and streams flowing into the desert’s inner circle.

The water does not come from the desert itself but rather in far region to which there is a constant supply of water. Some oasis is formed when underground streams are close to the surface to which provides water to help plant grow.

In the Sahara desert, there are at least two popular oasis called Laghouat and In-Salah. The water of these two oases does not come the desert itself but from the rain that falls on the Atlas Mountains which are collected in valleys and forms a smaller streams. Some oasis are also found in the desert of Libya in which there are few visible streams to which many of these are being fed by an underground streams.

There are also man-made oases today that were made by man. Because of the advancement of machinery, man was able to dig wells that are thousands of feet below the ground to reach the water bed. These wells served as a water supply to support a whole settlement of man. Such man-made wells now exist in the Sahara desert and new ones are underway.

Man-made irrigation system also brings water to the heart of a desert. One example of this is the canals built from the Colorado River to bring water to the Colorado Desert to irrigate the once dry Imperial Valley in southern California. Today, this desert valley has one of world’s most numbers of oasis as well as the world’s most productive lands.

TAGS : Laghouat and In-Salah Natural oasis Sahara desert man-made oasis Man-made irrigation system Imperial Valley in southern California
Let us know how you like this article. Like it and Rate it below.
260 0
0
Thanks for rating this article
0 stars - by 0 user(s)

What Makes Yasukuni The Most Controversial Shrine Of Th

Beginning from its very inception, the Yasukuni shrine has remain mired in some controversy or the other. This Shinto shrine in the heart of Tokyo is home to 2.5 million spirits worshiped by Japanese people for their sacrifice to the cause of Japan.