Who is Ongpin in the Famous Binondo Area

What is Binondo Ongpin Street? 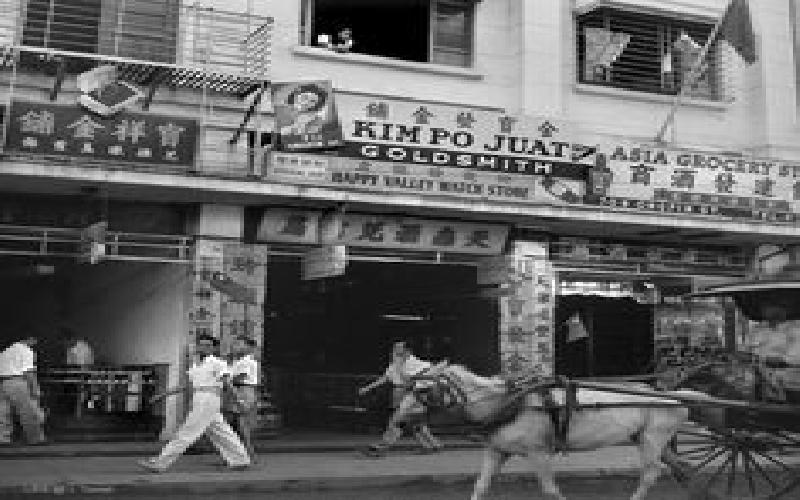 When someone utters the word “Binondo” area in Manila, the first thing that comes to our mind is the “Ongpin Street”. But do you know who is this Chinese-named Filipino patriot and what is his remarkable contribution and dedication to our beloved country, the Philippines?

Roman Ongpin was born in the Binondo area on February of 1847, by his parents Simon Ongpin and Sinforosa Tanbensiang.  Ongpin’s father was one of the many Chinese nationalities who migrated and put up a business in the Philippines. At the very young age, Roman Ongpin was already engaged in many form of business in our country. And, in March of 1882, Roman had put up his own business establishment (a general merchandising store) in the Rosario Street which he named “El 82”, taken from the year it was established.

It is in his store that serves as a secret meeting place of the revolutionary fighters against the Spanish government. This is also the place where vital informations are being passed by the revolutionaries who fought for the Philippine Independence. Aside from this, Roman is also one of the few person who secretly supports the group by providing them with financial supports as well as food and medicines until the end of the Spanish occupation in our country.

And when the US-Philippines war broke out, the Filipino again took up arms to fight against the American, Ongpin continued his support to the revolutionaries.

Ramon’s  act of support to the freedom fighter was discovered by the American soldiers in which he was arrested and was imprisoned from December 1900 until March 1901.

After his release, Ongpin’s stand did not change and continues to support the Filipino freedom fighters. He did not sell his products to the Americans. He also teaches his children to learn to take stand on their own feet and will never beg for help to the foreign invaders.

Aside from being a nationalistic citizen, Ramon was also known as a good Samaritan who helps the needy and the organizations who helps those that are in need.

He holds various positions such as his being “Teniente 1 de Mestizos”, President of an institution for the veterans which is the “Pascual Poblete’s Casa Asilo de Invalidos Filipinos de Geurra”, and treasurer for the group “Isabelo de los Reyes’ Union Obrera de Filipinas”. Ramon was also a respected member of the Philippine Chamber of Commerce.

Because of a heart failure, Roman Ongpin died on December of 1912. But before he died, he requested his family to dress his remains with “Barong Tagalog” – the traditional clothing for Filipinos.

Three years after his death, a street of Binondo was named after him which is now known as the “Ongpin, Binondo”. A monument was also erected on his name which can be found in Plaza de Binondo.

TAGS : Filipino freedom fighters Roman Ongpin US-Philippines war Ongpin Binondo Barong Tagalog Plaza de Binondo
Let us know how you like this article. Like it and Rate it below.
243 0
0
Thanks for rating this article
0 stars - by 0 user(s)

10 Essential Things You Should Carry Along On A Vacatio

Dwell deep with a list of essentials you should carry along on vacation. .