The Chittor Fort has history of Rana Kumbha, Queen Padmini, Mirabai and others 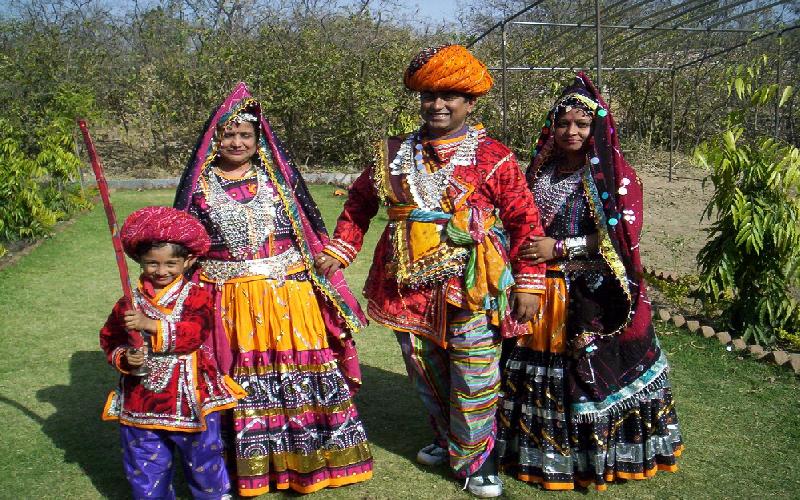 The memories of Rana Kumbha, Rana Ratan Singh, Queen Padmini, Mirabai makes the Chittor Fort a place of wonder. The tourists get amazed to see such a huge Fort built on hilltop so many years ago.

It is a lifetime experience to visit Chittaurgarh. It is situated in Rajasthan on the banks of river Berach.

The Fort was originally built by Chitranga of the local Maurya dynasty. The UNESCO had conferred it World Heritage Site status. The Fort stands on a hill which is 590 feet high.

The most landmark structure of Chitor includes the Victory tower or the Vijay Stambh. It was build by Rana Kumbha for his victory over Mahmud Shah I Khilji in 1440 AD. It is a 122 feet structure with 9 floors.

The Rana Kumbha palace is situated in the vicinity. The palace is also in its ruins.  Rana Udai Singh was born here. The legend says that Panna Dai had to save child Udai Singh when Bhanvir attacked the palace. She disguised her son as a prince and saved Udai Singh who later became the ruler of Udaipur. Bhanvir killed Panna Dhai’s son Chandan, thinking him to be Udai Singh.

There is a Kirti Stambh in the vicinity. It is famous for Jain temples having the idol of Lord Adinath.

The other important site which visitors visit include Queen Padmini’s palace. Presently it is in its ruins. In 1303, Sultan Alauddin Khilji was informed by priest Raghav Chetan about the beauty of Queen Padmini who was the wife of King Rana Ratan Singh.

Chittor fort is also famous for Mira Bai Temple. Rana Kumbha built the temple. Mira Bai was devotee of Lord Krishna and during her entire life sang bhajans in the name of Lord Krishna. The temple is in the shape of Pyramid.

From Jodhpur, Chittor Fort is around 300 kilometers. It takes around 6 hours to reach Chittaurgarh Fort by road from Jodhpur.

Winter is the best time to visit Chittaurgarh Fort. During the morning the temperature lies around 8 degree Celsius. During afternoon the temperature lies around 20 degree Celsius. There is one more fun. The local community in the Fort, allow the tourists to wear the dresses of Rajput Kings and Queens of Mewar. Even the swords and pitchers are given to have pose of Kings and Queens and take photographs.

Just because Chittor is situated in the southern part of Rajasthan, it is not as dry as Jaisalmer. There are many restaurants where tourists have both Rajasthani dishes like Dal Bati Churma, Sangri Ki Sabzi, Gatte Ki Sabzi, Bajre ki Roti, and at the same time other dishes like postoalu, rice, navaratna korma, dal makhani to name a few. There is more vegetation than the western part of Rajasthan, so the food is fresh and tasty.

There are Kalika temple and other temples in the Chittor Fort. Those who have studied the history of Rana Kumbha, Rana Ratan Singh, Queen Padmini, Rana Udai Singh, they can appreciate the historical monuments in the place. For others also it is a lovely site.

Chittaurgarh has a different beauty with the beautiful hills and the Fort being built on top of the hills. There are ponds and lakes on the hill top. During the reign of Queen Padmini, Rana Ratan Singh, Rana Kumbha, it must have looked much better. During wars at different times of history the Fort had been ruined and presently it is not as beautiful as it originally was. Visitors should spare time and at least visit Chittaurgarh in Rajasthan one time in their life. During the visit, the tourists feel that they are in the heartlands of the Mewar Rajputs and the memories of Rana Kumbha, Rana Ratan Singh, Queen Padmini, Mira Bai haunts them. It is a wonder of wonders to built such a huge Fort on hill top so many years ago.

TAGS : Chittaurgarh Chittor Rajasthan Mira Bai Lord Krishna Ratan Singh Padmini
Let us know how you like this article. Like it and Rate it below.
518 4
0
Thanks for rating this article
0 stars - by 0 user(s)

A Brief History Of Maurya Empire In India

Maurya Empire was one of the largest and powerful empires in Indian history. Read a short history of the empire here..