The History of Portuguese in Kerala

The history of Portuguese in Kerala 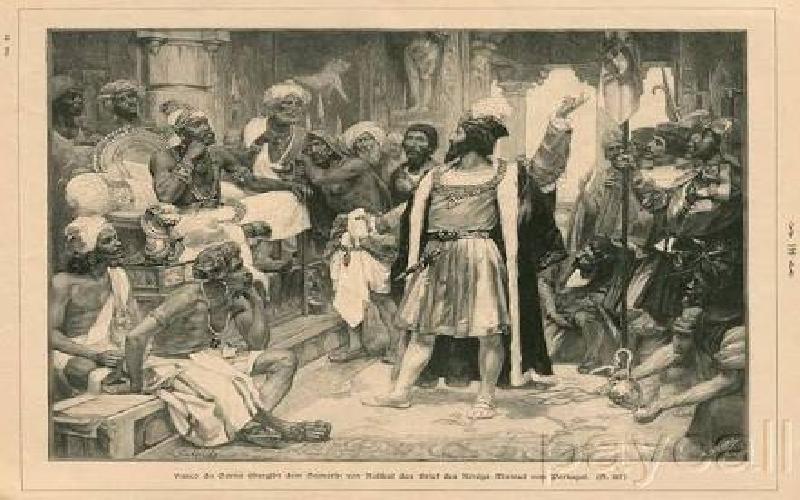 The Portuguese were the first Europeans to reach India. Their first landing was in Kerala and they took power here. Read more below.

The Portuguese were the first Europeans to arrive in Kerala. They were also the first foreign power that captured the governance anywhere in India. The arrival of Portuguese was the result of the many voyages the Europeans undertook since 14th century, to find new markets for their products and acquire new raw materials and products useful for them.

On 20 May 1498, Vasco da Gama set foot on Kappad beach in Kozhikode. His expedition was sponsored by Portuguese king Manuel I. Till the arrival of Portuguese, the primary foreign trading partners of Kerala were the Arabs.

The Samoothiri (Zamorin) of Kozhikode greeted Gama and his entourage warmly and gave them permission to conduct trade in Kozhikode market. But the demand of Gama to exchange pepper and other was rejected by the Zamorin.

Angry at this turn of events, Gama went to Kannur. There he met with Kolathiri and signed a pact of trade with him. Gama soon returned to Portugal.

His follower was Pedro Alvares Cabral. He led the second expedition and reached Kozhikode in 1500. He met with Zamorin and the meeting went in favour of the Portuguese. The Zamorin allowed Cabral to build a trading center there.

But the following battle between Arabs and the Portuguese made Cabral leave Kozhikode and go to Kochi. The Kochi king was in enmity with the Zamorin and gave every aid to Cabral.

Vasco da Gama reached Kerala for the second time in 1502. He asked the Zamorin to evict all Muslim traders but it got rejected. He attacked the Calicut beach and went to Kochi.

In 1505, the first Portuguese Viceroy came to Kerala. He was Fransisco Almeda. He and his group tried to consolidate their power in Kerala. As part of it, they built St. Angelo Fort at Kannur.

Albuquerke was the Viceroy who followed Almeda. He was the most popular of the Portuguese viceroys in India. His first goal was to destroy the power of Zamorin. Then he encouraged the marriage between Indians and Portuguese. He banned Sati and shifted the Portuguese capital in India from Kochi to Goa. Following him, Loppo Sores, de Sequira, Duarte de Meneces, Gama and Henri de Meneces became the viceroys.

The Decline of Portuguese

The Portuguese dominated the trade and governence of Kerala for as long as 150 years. Their power was destroyed by the entry of the Dutch. In a battle at Kochi in 1663, the Dutch army defeated Portuguese. They were never able to recover from such a defeat and it virtually ended any power they enjoyed in Kerala. When Portugal was merged in Spain, the new administration ignored the eastern colonies as well. Thus, the influence of Portuguese got limited to Goa and adjacent places.

TAGS : kerala history portuguese india india history european powers portuguese influence in kerala arrival of portuguese
Let us know how you like this article. Like it and Rate it below.
7.52K 0
1
Thanks for rating this article
4 stars - by 1 user(s)

Andaman Island is famous for its tourist traffic. There are many tourist spots to visit and one of them is Car Nicobar.

Traveling in the heart of the Bucegi Mountains represents an unforgettable experience for any person looking for stunning natural views and a little bit of mystery. .

Port Blair In Andaman Has More Natural Diversity Than P

The article speaks about the difference of natural diversity between Port Blair in Andaman and Nicobar Islands and Pattaya in Thailand..