One of the Greatest Victories in Philippine History 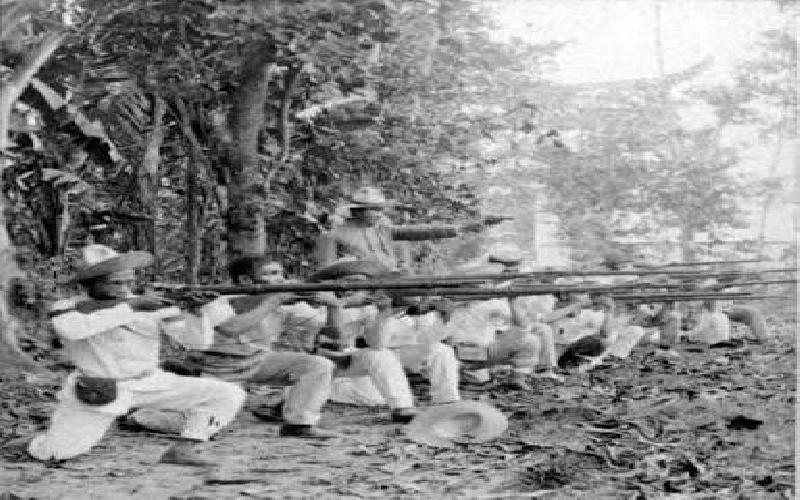 Everyone knows that the last stand for our Filipino-American soldiers during the Japanese Invasion in our country during the 2nd World War is a small island of Corregidor. But did you know the history of this small island during the Spanish, American and Japanese occupation in the country.

This odd shape island bears witness to the bloody battles during the 2nd World War. The island also bears witnessed to the unity between the Filipinos and American soldiers who fought gallantly them freedom of our country against the overwhelming forces of the Japanese invaders.

But the story of this small island takes us back during the Spanish occupation to the Philippines because of its strategic advantage.

The odd shape of the island of Corregidor was estimated to be 48 kilometers away from the west side of Manila. Because of its strategic location as a main entry point to Manila, the island was used by the Spanish forces as a watch and monitoring tower to all sea vessels coming in to Manila. The Spanish forces started to put a naval dockyard in the island on 1795. Its main purpose is to give signal and warning if ever there will be invading forces coming from the Manila Bay. And in the year 1836, the first lighthouse on the island was constructed. This lighthouse was then replaced to a more efficient design in 1853.

And during the American occupation in the country, the entire Archipelago was place under the American rule in 1907.

The US Military had made the island as a Reservation Camp and was called “Fort Mills” under the command of Brig. General Samuel M. Mills.

In the next year (1908) the US forces started to strengthen the defense arsenal of the Corregidor Island. The move was brought up because of the plan to establish a “Harbor Defenses of Manila and Subic Bay”.

The US Military had put up several types of weapons and guns in the whole Island of Corregidor. But in the end, only the 12-inch mortars (located in the Batteries Way and Geary) were put into action as to support the troops of Filipino and American soldiers who retreated and make their last stand on the Island of Corregidor against the Japanese troops in 1941.

After the forces of Bataan were crashed by the Japanese in 1942, the remaining Filipino-American troops retreated to Corregidor and continue to fight for the freedom. The forces fought for several months with depleting ammunitions and food supply. But when the heavy powered Japanese force brings in their tanks to the island, there is nothing left for the Filipinos and American but to surrender.

The historic Island of Corregidor was recaptured from the Japanese forces on 1945 as part of the plan to liberate the country against the Japanese regime.

TAGS : Island of Corregidor Last stand for freedom fighters defense arsenal of the Corregidor Island recapturing the Corregidor island
Let us know how you like this article. Like it and Rate it below.
452 0
0
Thanks for rating this article
0 stars - by 0 user(s)