The History of Gupta Dynasty 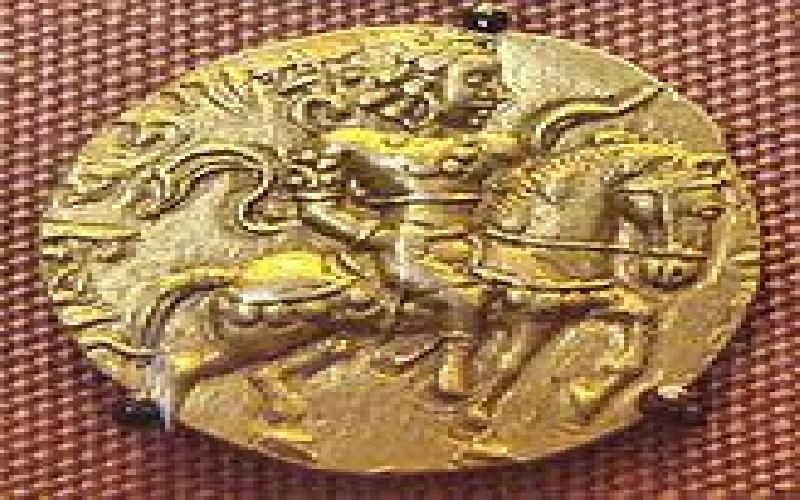 The Gupta Dynasty was one of the most powerful line of kings in ancient India. Read a brief history of the empire here.

After the wane of Maurya empire, none of the following empires could show a consistent and powerful governence in India; that is until the dawn of Gupta Empire. The period between Maurya and Gupta empires therefore is referred to by historians as the dark era of Indian history. The Gupta empire was established by Sreegupta in 320 AD.

Chandragupta I, the son and heir of Khatolkachagupta, was the first of the powerful kings of the empire. He assumed the name of Maha Rajadhi Raja' and married Kumaradevi of Lichavi clan. His power and popularity rose after the marriage and he conquered many small adjacent kingdoms with the help of Lichavis. His empire had extended to places including today's Uttar Pradesh and Bihar.

Samudraguta was one of the most famous kings of Gupta dynasty. After conquering most of the northern India, he also expanded his empire to south India. The details about his reign are inscribed in the Allahabad stone carvings, which are believed to have been established by Harisena, one of the ministers of Samudragupta. After the South Indian conquest, he defeated nine kings of Aryavartha simultaneously. He also carried out the Aswamedha yaga after his conquest. The European historians call Samudragupta 'Indian Napoleon'. The king was also an aficionado of arts and knowledge. He was often called 'Kaviraja'. Buddhist scholar Vasubandhu was a minister of Samudragupta.

Better known as Vikramaditya, he is one of the most popular kings India has ever seen. He is immortalised in a number of folk tales, along with the supernatural character Vetal. He married a princess from Vakata dynasty and with the help of Vakatas, defeated Rudrasinga of Shaka dynasty. Ujjain was his second capital and it also flourished during his reign. He is also believed to have hosted nine pioneers of different fields, popularly known as 'Navaratna', including Kalidasa, Vararuchi and Varahamihira. The first Chinese traveller to reach India, Fahian, visited the kingdom of Vikramaditya and praised the financial and cultural prosperity here.

Decline of the Empire

After Vikramaditya, the Gupta empire was ruled by Kumaragupta, Skandagupta, Purugupta, Narasimhagupta, Kumaragupta II and Buddhagupta respectively. The decline of the empire had begun during the rule of Skandagupta and in 6th century, with the entry of Huns in North India, the Gupta empire saw its dusk. After the Guptas, no Hindu empires could consolidate the power and it led to the formation of many Sultanates in North and Central India.

TAGS : gupta empire india history ancient india india kings
Let us know how you like this article. Like it and Rate it below.
546 0
0
Thanks for rating this article
0 stars - by 0 user(s)