Kerala and its performing arts 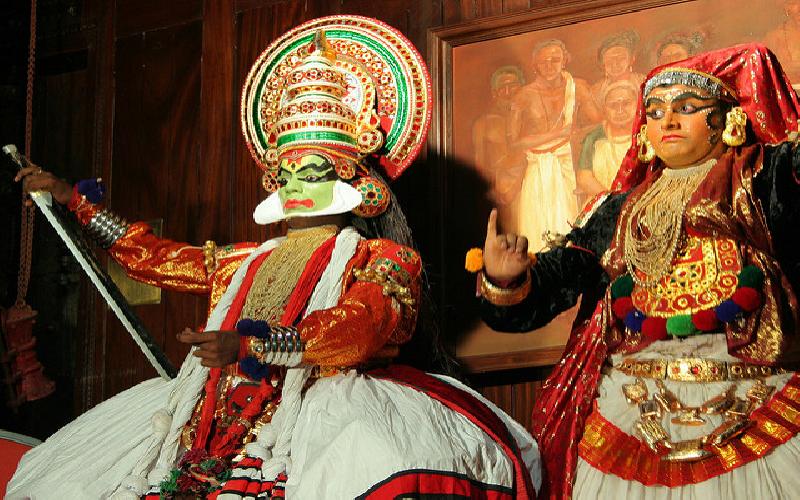 The Kerala state in India is known for its diversity of arts and cultures. Below are some of the most popular arts from Kerala.

Kerala, despite its small geographical size, has produced some performing arts that acquired admirers in all corners of the world. These art-forms bear the stamps of Kerala culture. Read about the most popular of arts in Kerala here.

Kathakali is one of the most renowned classic artforms from India. It has found a place in the Guinness Book of World Records for the thickest make-up in an art. Kathakali evolved in the 17th century. Its literary form is called Aattakkatha.

Krishnanattam and Ramanattam are the predecessors of Kathakali. The evolvement of the art can be attributed to former king Kottarakkara Thampuran. Kerala Kalamandalam and Margi are two of the main institutions that teach Kathakali in Kerala.

Koodiyattam is the native dramatic art of Kerala. It has an age of nearly 2000 years. Koodiyattam is believed to have been composed by king Kulasekharavarman and poet Tholan in 1st century AD. Mizhavu is the primary instrument used during the presentation of the art. It has been traditionally performed by 'Chakyars'.

Koodiyattam has been recognised by UNESCO. Mani Madhavachakyar is the most renowned Koodiyattam artist of the modern times.

Thullal is one of the most popular art forms in Kerala. It was founded by Kunchan Nambiar, one of the modern poetic trio in Malayalam. There are three versions of Thullal, namely Parayan Thullal, Sheethankan Thullal and Ottan Thullal. Thery are traditionally performed in morning, afternoon and evening respectively.

Mohiniyattam is the traditional dance of Kerala. It is related to Bharathanatyam as well. It was earlier called Dasiyattam, as it used to be performed by Devadasi women, appointed in temples.

It is a dance form popular among Christians in Kerala. It is performed by 12 persons, referring to the 12 apostles of Jesus. It is usually performed as a part of wedding festivities.

Chavittunadakam is similiar to Eurpoean Opera. It is also a Christian art, which dates back for almost four centuries. The musical-dance art has a duration of eight hours.

It is one of the most popular art among the Muslims in Kerala. Mappila songs are folk songs sung in mix of Arabic and Malayalam. The art is most popular in Malabar region. The formation of the Mappilappattu dates back to 15th century.

Oppana is a traditional dance popular among Muslims in Malabar region. It is performed by both men and women, mostly in wedding ceremonies. The songs used for Oppana are usually Mappila songs.

TAGS : kerala arts performing arts kerala culture art forms
Let us know how you like this article. Like it and Rate it below.
2.32K 0
0
Thanks for rating this article
0 stars - by 0 user(s)