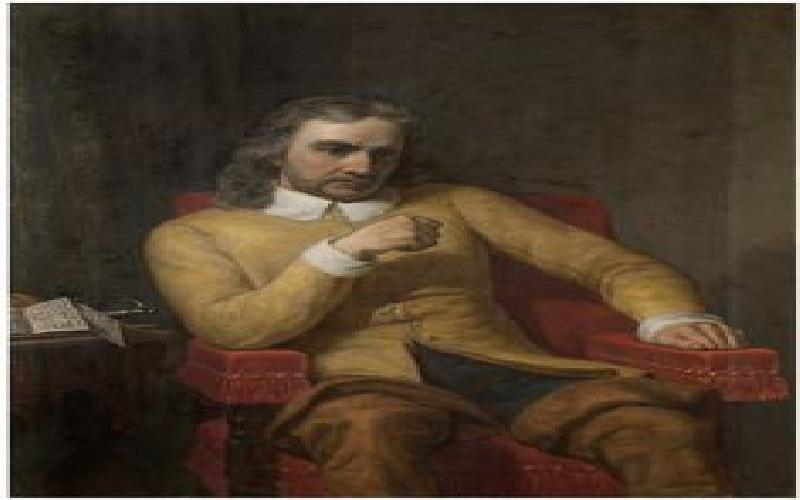 Oliver Cromwell is one of the most popular statesmen ever. He rewrote the history books in England. Read more about him here.

The person who ended the royal rule and enjoyed all the powers of a king without a crown; that was Oliver Cromwell. 400 years ago in England, the ruling dynasty and people's parliament were in constant battle. After the battle for power that lasted years, King Charles I was executed in 1649. The following eleven years were filled with confusion and tyranny. It was during this time, Oliver Cromwell was raised to power.

Oliver was born in Huntington, in a small middle-class family. His father died during his college education, leaving him unable to continue the studies.

However, as result of the death of a relative, they got a big fortune. The increase in wealth earned him a better status in society. This time the people of England were unhappy with the rule of Charles I. Kromwell gradually became active in local politics. He was elected as the Justice of Peace in Huntington. He also was highly critical of the king. As a result he had to flee from his hometown.

However, a few years later he returned to active politics. Oliver was also involved in religious matters. His considered all his activities a sort of prayer. He acquired the membership of Parliament in 1692. He was seen with much respect. He was instrumental in passing many laws that curtailed the king's influences. He also punished many corrupt officials. Soon, a civil war broke out between those who backed the royal power and those with the parliament. Oliver rose to the position of a Colonel and he fought valiantly. In the end, Charles I surrendered but the problems didn't cease. Oliver took the king in his custody and conquered the capital.

However, Charles I escaped and made a pact with the Scottish army. The forces of Oliver and Charles met in a battle again, this time also resulting in Oliver's victory. The king was declared a enemy of the state and was executed on 30 January 1649. Soon Oliver Cromwell became the most powerful person in England. He was bestowed upon the title Lord Protector of Commonwealth. He created a stable parliament and designed a new constitution. In every way, he was a king without a crown.

Oliver commenced the steps to expand the British empire out of the British isles. Britain also rose to the largest naval power at the time as well. Oliver was bestowed upon the power to rule his follower by the parliament. Howver, later he dismissed the parliament and ruled with the support of the military. In 1658, Oliver Kromwell bid adieu to the world.

TAGS : britain history england politics great leaders
Let us know how you like this article. Like it and Rate it below.
108 0
0
Thanks for rating this article
0 stars - by 0 user(s)

Dubai Is A Great Place For Fun, Frolic And Art

Dubai is a entertainment center that is the place to let your hair down and have fun. It also has a rich cultural life..

Kerala has had many social reformers in its history. Read about four of them here..