The History of India-China War 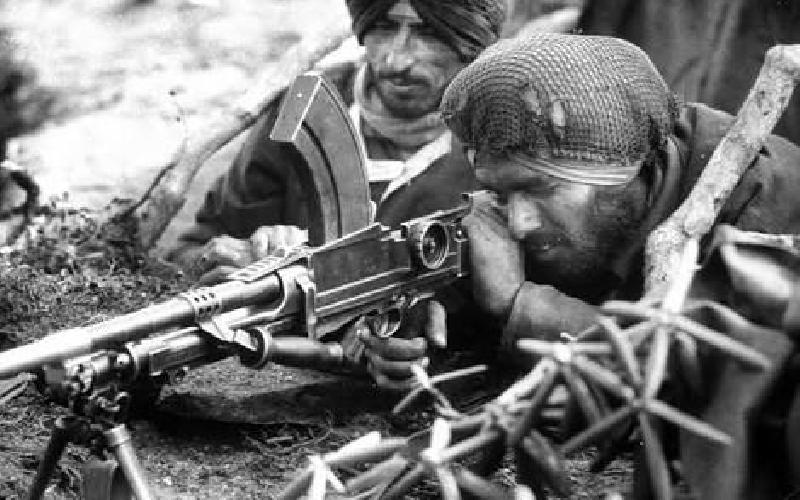 India and China fought battle for the only time in 1962. Read a brief history of the war here.

The India- China war in 1962 is one of the toughest wars India has ever fought after independence and the only one in which the country tasted defeat. Although it didn't grow into a great scale, both sides suffered some losses.

In 1954, Indian Prime Minister Jawaharlal Nehru and Chinese Premier Chou En Lai signed the Panchasheel Pact. But by the end of 1950s, the relationship between two nations had detereorated and tension was mounting on the border. The prime reason of the Chinese agression was the fleeing of Dalai Lama of Tibet to India following the Chinese assertion on Tibet in 1959. The Chinese were less than happy when India gave shelter to Dalai Lama. He took residence in Tawang monastry first day and the government shifted him to Thespur in Asom.

He discussed the Lama issue with Nehru for about 20 hours but no solution came out.

There was a small altercation in 1962 September. India and China had set their armies on either sides of the Namkachu river 60 kilometers away from Tawang. On 10 September the Chinese army unleashed an attack. Even though the Indian soldiers fought valiantly, they couldn't stand up to the powerful attack of their opponents.

The real war began in the evening of 19 October 1962. China began a lightning attack from two sides, the Eastern and Western sectors. The Chinese army progressed towards the Indian territories and took over the control of Tawang. Not very sooner, a major part of Arunachal Pradesh had come under Chinese control. Strategical areas Valong, Bobhila and Dela were taken over by China and it triggered a wave of hysteria among the Indian government.

But, on 24 October, The Chinese army stopped their advance. The main reasons for their halt was the change in weather. It was the beginning of winter. If they had advanced nuch into the Indian border, they would have taken more than enough time for the retreat and it would have harmed their supplies.

However, the war was a strong smack to the Indian military. There was a number of reasons for the rapid victory of the Chinese. They had a vast experience in fighting in the mountains, due to old Japan wars and the fights during Tibetan revolts. They were also far ahead of India in terms of arms and the number of soldiers. It made them beat their opponents convincingly. Still, many areas the Chinese took over, including a large part of Kashmir, are under the control of China. Many discussions are going on about the future of those areas.

TAGS : indian history chinese history india wars wars and battles
Let us know how you like this article. Like it and Rate it below.
439 0
0
Thanks for rating this article
0 stars - by 0 user(s)