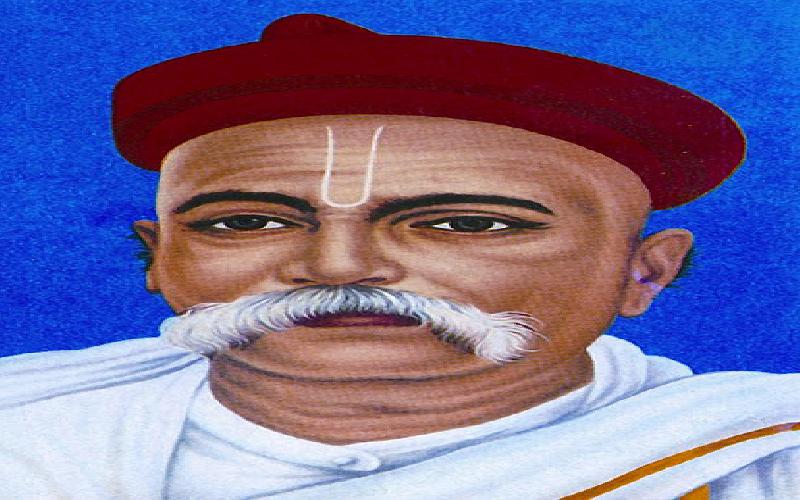 Bal Gangadhar Tilak was a Hindu nationalist and freedom fighter. Read a short biography of him below.

Bal Gangadhar Tilak was one of the most popular faces of the Indian independence movement. He was a representative of extremist group of Indian National Congress. His declaration, 'Swaraj is my birthright and I shall have it', is quoted often in the history books. The people of India called him Lok Manya Tilak with reverence. He was also a Hindu scholar and advocate of Hindu nationalism.

Bal Gangadhar Tilak was born in a Maratha Brahmin family in Ratnagiri, Maharashtra. After college education, he began his career as a teacher.

In 1880, he founded New English School in Pune, with the aid of Gopal Ganesh Angarkar and Vishnu Shastri Chiplankar. This institute later went on to become the famous Fergusan College. Meanwhile he also became a member of Indian National Congress and slowly climbed to the row of leaders. Tilak established two newspapers, Kesari and Maratha, to propagate his ideas. The former was in Marathi while the latter was in English.

Tilak was a radical Hindu and nationalist. He organised Sivaji Utsav and Ganesh Pooja in Maharashtra to propagate nationalism among people. He carried out tax disobedience strike in 1896, challenging the British government. He also led the Swadeshi movement, protesting against the division of Bengal.

In the Surat conference of 1907, Congress split into two groups, Extremists and Moderates. Tilak was very critical of the moderate group of leaders of Indian National Congress. He mockingly referred to the party conferences as Holiday Recreation Programmes. He said there was no good crying once an year like frogs.

He was arrested by the governement in 1908 for journalism and was imprisoned for 6 years. After Mahatma Gandhi, Tilak is the freedom fighter who had served prison term for the longset time.

After the release in 1914, Tilak brought a seismic change in his ideologies. He showed readiness to jointly work with the moderates. He returned to Congress two years later and founded Home Rule Movement during the first world war.

Following the Lucknow Pact in 1916, Congress and Muslim League decided to join hands in the freedom movement. This pact was mostly designed by Tilak.

Tilak had brought a great nuisance to the British government. They called him the Father of Indian Unrest. He was one of the leaders who developed the national movement a popular movement.

However, Tilak didn't have the fortune to see his motherland free from the Colonial powers. He took his last breath on 1 August 1920. He is one of the all time glittering stars of the cosmos of Indian history.

TAGS : india history Bal Gangadhar Tilak freedom fighters independence movement british india lokmanya tilak
Let us know how you like this article. Like it and Rate it below.
3.48K 0
3
Thanks for rating this article
2.3 stars - by 3 user(s)