The Siege of Baler Church 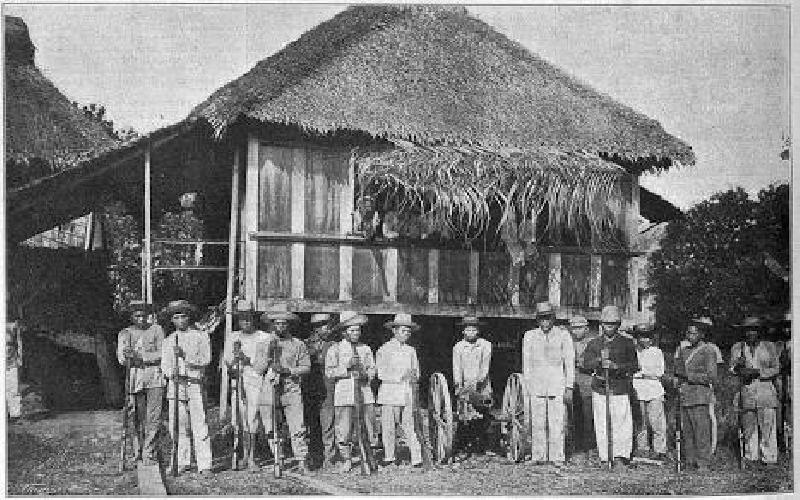 Did you know that the town of Baler, particularly its church had a past that can only be read through history books?

Today, Baler is considered as a second-class town in the province of Aurora. It is located about 230 kilometers northeast of Manila which can be easily accessed in a mountainous pass by vehicles. It became the capital of the Aurora Province in June 14,1951 under the Republic Act 648 signed by former President Elpidio Quirino.

With its vast ocean waves in the southern part of Baler, it was considered as one of the “top surfing spot destination” in the Philippines with its 9 feet waves serving a main tourist asset. From September to February, the magnificent waves attracted hundreds of surfers for the surfing season.

National Statistics Office Annual Census, the town of Baler has a population of 36,010 people.

Do you know that the Baler Church (The San Luis Obispo de Tolosa Church) was once made into a retreating barracks and camp of more than 50 Spanish soldiers who faught constantly with the Filipino and American forces long after the Philippine-Spanish Revolution ended in June 1898?

Having lost communication with their government, Captain Enrique delas Morenas y Fossi was not aware that his motherland, Spain already made a treaty with America that turns over the management of the whole Philippine archipelago to the American forces.

Therefore, even if the war has ended, Captain delas Morenas constantly strengthen his forces and made camp at the San Luis Obispo de Tolosa church (known today as The Baler Church).

It is in the church that the troops of delas Morenas gathered and stockpile foods and ammunitions and courageiously fought against the Filipino and American troops even though they had been told several times that the war was long ended.

But because of an Spanish newspaper who was slipped through the church’s doors, the remaining Spanish soldiers was able to be convinced and confirmed that the war indeed already ended.

Knowing this, the remaining troops peacefully surrendered wherein only 33 soldiers left to tell the story.

This incident was called “The Siege of Baler Church” which is the signal of the ultimate ending of the war and occupation of Spain in the Philippines.

Meanwhile, the brave Spanish soldiers who stood their ground was honored by the government of Spain after they return to their country. They were called “Los ultimos de Filipinas” or “The Last Ones in the Philippines”.

TAGS : top surfing spot destination The Last Ones in the Philippines Philippine-Spanish Revolution Baler Church Siege of Baler Church
Let us know how you like this article. Like it and Rate it below.
188 0
0
Thanks for rating this article
0 stars - by 0 user(s)