A Brief History of Nalanda University

History and Revival of Nalanda University 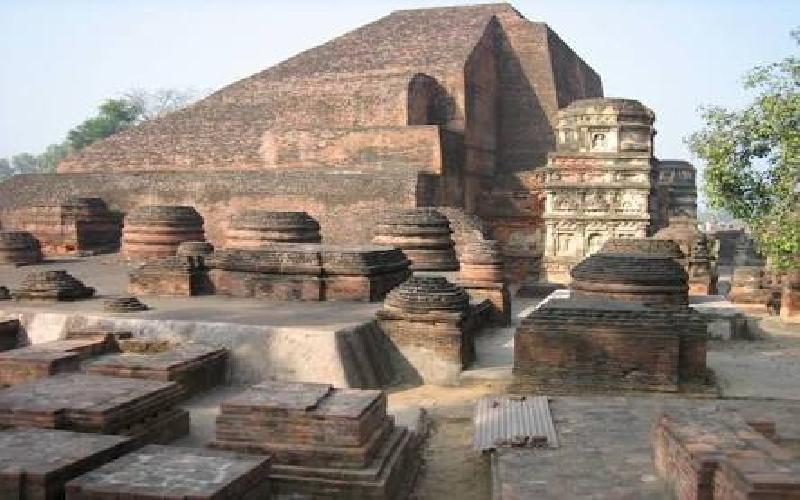 Nalanda was one of the prominent universities in Ancient India. Read a brief history of the institute here.

Ancient India was renowned for its wealth of knowledge and the institutions here. Nalanda, Takshasila and Vikramasila are a few examples. Among those, Nalanda University was the most famous one. It was ruined in a fire hundreds of years ago, but the plans to rejuvenate the institue are going on.

Nalanda is considered to be the first international residential university in the world. According to historians, the university was situated 40 mile South- West to today's Patna. Even though it was termed as a Buddhist institute, there was no discrmination among the students.

Nalanda is believed to have been built by king Kumaragupta who reigned from 414 to 454 AD.

The place was considered a holy place by Buddhists and Jains. It was the birthplace of Sarivrutha, disciple of Buddha.

The vesitges of the university was found at Dharmaganj. The compound has a length of 1.5 km and a width of 0.75 km. There were around 300 rooms and eight large halls. It is also believed to have housed 13 Buddha temples.

The compound also had 3 towers, namely Ratnasagar, Ratnaranj and Ratnabha. The library was housed by these towers. There was also a astronomical center there.

The selection of students were based on an entrance test. Hardly 30% students passed the examination, which proves the merit of the institute.

There was no fee for students in Nalanda. Dress and food were also free. The teachers were pioneers of their profession. According to history, there were 1500 teachers and 10000 stydents at a particular time. Students came from other nations including China, Sri Lanka and Mongolia. Politics, Law, Medicine, Literature, Linguistics and all used to be taught in Nalanda.

Not limiting itself to just academics, the university also encouraged arts and sports. Wrestling and equestrian events were the most popular sports then.

The golden era of Nalanda was in 6th and 7th centuries. It gradually lost its prominence later. In 11th century King Mahipala did some construction works. But the university was ultumately destroyed by Bakhtiyar Khilji, the army head of Qutub din Ibek, in 1193. He set fire to the grand library of the university, leading to a loss of rare and valuable knowledge.

The rebuilding process of Nalanda is in progress with the co-operation of many nations including China, Japan and Australia. The new campus will extend over 440 acres.

TAGS : nalanda indian university ancient india indian education india history
Let us know how you like this article. Like it and Rate it below.
1.23K 0
0
Thanks for rating this article
0 stars - by 0 user(s)