The Rebellions of Pazhassi Raja

Pazhassi Raja and his rebellions 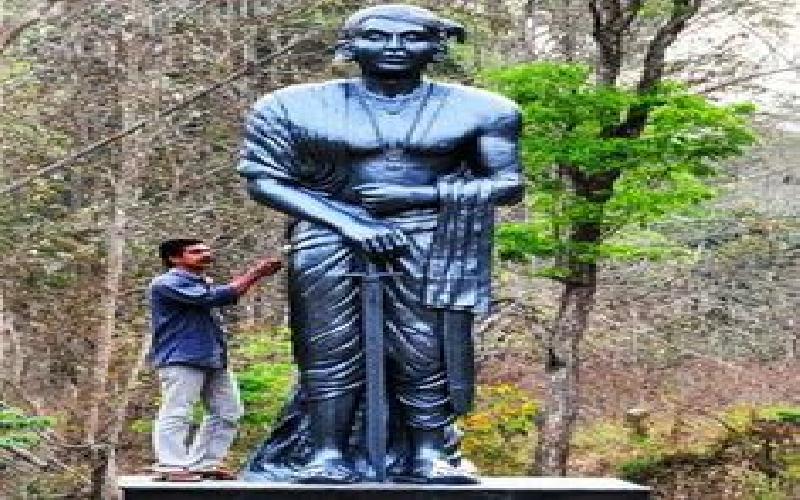 Kerala Varma Pazhassi Raja is known as the Lion of Kerala. He was a soverign king and was the first person from Kerala to conduct an organised revolt against the British.

Kerala Varma Pazhassi Raja, also known as Pazhassi Thamburan, was born in 18th century. He was a member of Kottayam Swaroopam (Kottayam clan) and his original name was Kottayam Kerala Varma. Pazhassi Raja was the first person to lead an organised and strong attack against the British domination in Kerala. He is known as the 'Lion of Kerala'.

Pazhassi was initially in a good relationship with the British. He had even aided the British army in battles against the Mysore kings, Hyder and Tipu. When Tipu retreated, the British ignored Pazhassi and gave the right to get tax in Kottayam state to Kurumbranad king, who was the uncle of Pazhassi.

Pazhassi protested against the British policy and challenged them, establishing his own reign.

In 1797, he declared war on the British. The war began in earnest and the British forces suffered heavy losses initially. They had to retreat from Wayanad.

Jonathan Duncan, the Governor of Bombay, reached Malabar with the mission of compromise and met Pazhassi. As a result, the British nullified their agreement with Kurumbranad king. Pazhassi came into an agreement with the company.

But the agreement didn't have a long life. Pazhassi again began his rebellion regarding the parts of Wayanad that Tipu had surrendered to the British. He declared that Wayanad was a part of his kingdom. He recruited people from Kurichyas, Nairs, Moplahs and many other castes and races. His close aids were Kannavathu Sankaran Nambiar, Kaitheri Ambu Nair and Kurichya leader Thalakkal Chanthu. Pazhassi trained his soldiers in guerilla war and conflicts ensued.

In the intial days of the battle, Pazhassi had a clear domination. As a last resort, the British brought Arthur Wellesley, who would later beat Napoleon in the Battle of Waterloo, to Malabar. It had a desired effect as Pazhassi suffered huge losses. He had to retreat to dense forests.

Thomas Harvey, the newly appointed sub collector of Thalassery, devised the final attack against Pazhassi. He declared awards to those who gave him information on Pazhassi. With the help of 3 traitors, the British forces surrounded the setup of Pazhassi and fought him. There are different opinions about the death of Pazhassi. Some historians say he commited suicide, swallowing his ring while others say that the British shot him to death.

The corpse of Pazhassi was brought to Mananthavady and cremated with official honours, under the supervision of Babar. He said Pazhassi was an incredible and honourable person.

TAGS : kerala history british india anti-british revolts pazhassi raja
Let us know how you like this article. Like it and Rate it below.
2.12K 0
0
Thanks for rating this article
0 stars - by 0 user(s)

The article speaks about the beauty and historical importance of Nagaur Fort. It had both Mughal and Rajput architecture.