A Visitor's Guide to Rajasthan, India

Rajasthan’s Popularity with Tourists is due to its Unique History, Geography & Culture 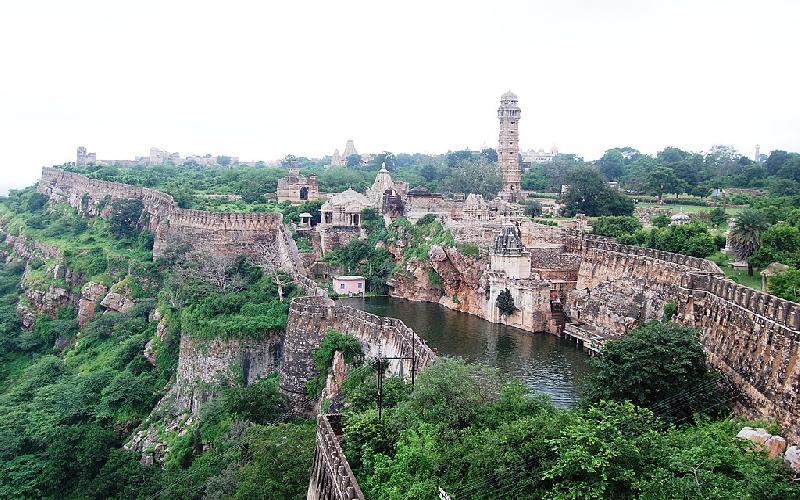 Rajasthan, the largest province in India, is also one of the most preferred destination for tourists, coming from all corners of the globe. Its strengths are its rich history, a very pleasant and colorful culture and a vast range of options for recreation, from the historical fort of Chittorgarh to the traditional markets of Jaipur. The hills and mountains of Aravali are as popular with tourists as the lakes of Udaipur or the sand dunes of Jaisalmer.

Geographically, Rajasthan is the largest province of India. Situated in the North-West part of the country, its borders extend close to Delhi on one side and extend to the India-Pakistan borders on the West. However, it is not its size, but the richness of its history, the attractions of its natural beauty and its rich and colorful culture that make it one of the most popular tourist destinations in South Asia, attracting travelers from different parts of India as well as different parts of the globe. Its unique cultural identity which has been reasonably preserved, and its historical monuments - the forts, palaces and temples are as grand as any monuments that have ever existed anywhere in the world. What makes them unique and very interesting for the visitors is the rich cultural and traditional heritage drawn from the ancient civilization of India and turbulent times of medieval India.

Rajasthan, which was called 'Rajputana', was the abode of Rajput princes, famous for their chivalry, and their attachment with honor, in some ways very similar to the Japanese Samurai class. It is said that death was like a game for them, as was life.

They ruled large parts of India and their period of glory was between seventh and twelfth century A.D. Unfortunately they were not the greatest strategists, and so in their focus on chivalry and valor, they often failed to resort to the cold blooded strategies that are essential for building large empires.

Due to its vast area and a very large number of possible options for a visitor, it is important for every visitor to have an itinerary in advance. What places one should visit is a matter of personal choice, and it would not be wrong to say that very often, the number of options can make the choice very difficult. However, one would be advised not to try covering too many places in a hurry, as the travel can be time consuming and tiring enough to upset cramped schedules. The best experiences are usually reserved for those who are able to relax and absorb the colors of Rajasthan without being constrained by time and schedules.

For those coming from colder or temperate climates, the best time to travel is between November and February. For those coming from tropical climates, including South India, it may be better to avoid the Christmas – New Year period for two reasons, first is the very cold temperatures that can approach a minimum of zero degree Celsius, and second is the tourist rush. Generally, it is also advisable to avoid the period from May to July, unless you wish to experience the peak of summer in the arid or desert areas, where maximum temperature often approaches fifty degrees Celsius.

Rajasthan offers a plethora of diverse options for the visitors, and one must choose depending upon his preferences. Here are some of the most popular places in Rajasthan that one can consider visiting.

Jaipur is the capital of Rajasthan. Today’s Jaipur is a modern city, which holds in its heart an old township where most of the structures made of red sand stone are pink, so it is also often called the 'Pink city'. The old town's design is a marvel in town planning. Built in seventeenth century, its roads and sewerage systems are still claimed as better than modern time constructions. Its famous tourist attractions include the 'Amber Fort', a twelfth century structure, with a palace inside, and a century old 'Jaigarh Fort' with the first indigenous gun factory. Then there is 'Hawa Mahal', many palatial hotels and a sprawling market for those looking to indulge in exotic shopping of cultural and traditional hand-crafted goods. Other attractions include the ‘Nahargarh’ Fort, the ‘Jal Mahal’ and the shining white ‘Birla Mandir’. For those fond of luxury, a suit at the famous ‘Rambagh Palace’ or other royal palace hotels can make a long lasting memoir.

Each of these two Forts owns a chapter in the history of India. These forts were designed to keep at bay the foreign invaders who kept attacking India, lured by its enormous prosperity in the medieval period. These two forts have witnessed many of these battles and provide a living feel to the visitors that cannot be experienced in a book of history or even fiction. It has plenty of heart-rending tales of valor, courage, disaster and loyalty. There are tales of handful of warriors taking on the mighty invading army knowingly opting to die a martyr’s death rather than surrender, with the women left behind preferring to burn themselves in a pyre rather than be subjected to subjugation and humiliation of the invading marauders.

It is difficult to find a traveler, who, having witnessed the sites that bear this history, is able to forget these tales easily. Their attractions have led to the popularity of light and sound shows to depict these pieces of history.

The cities of Jodhpur and Bikaner are situated in the Western part of Rajasthan, and offer a variety of attractions for the vistors. Jodhpur is the second largest city after Jaipur and offers several attractions, including the ‘Mehrangarh Fort’ that has retained its majesty even after centuries. Another attraction is the ‘Ummed Bhawan Place’, which is now converted into a Hotel and one can rent rooms with royal luxury.’ Jasvant Thada’ is another popular monument in Jodhpur.

Bikaner is another city with a rich cultural heritage that one can visit. It is somewhat smaller than Jodhpur, but also hosts a number of attractions, including the ‘Junagarh Fort’ and the ‘Lalgarh Palace and Museum’. Ideally, one can visit either of these two cities, both of which offer a lot regarding the unique tradition and culture of Rajasthan.

Jaisalmer: The Desert and the Sand Dunes

Jaisalmer is the second most famous place in Rajasthan after Jaipur. It is the only Indian city with a view of the real desert and sand dunes. It is very popular with both Indian and foreign vistors, not the least because of its colorful folk dances which are one of its biggest attractions. The most famous dance is 'Kaldera' - a treat to watch even for those with little enthusiasm for Indian folk arts. The golden palace of Jaisalmer, made of sand, is also a big attraction with the tourists, who often flock it for the famous ‘desert safari’ on the back of a camel.

A Plethora of Other Attractions

Other popular places in Rajasthan include Udaipur, Kota, Ajmer, Bharatpur and Sariska. All of them have some unique attractions in addition to their monuments and rich history. Udaipur is famous for its lakes and lake palaces. Kota is close to several ancient and historical sites. Ajmer has historical sites, a pilgrimage and picnic spots. Bharatpur is known for attracting birds from as far as Siberia, apart from other sites. Sariska is a wild life sanctuary and a tiger reserve. Each of these places also have other attractions nearby that one can opt for a day long tour.

Most cities are connected by flights from different parts of India, so it is easy to include Rajasthan in a visit to India. How many places you wish to visit will largely depend upon the time you have at hand. Many foreign tourists combine a visit to Jaipur with Delhi and Agra. Many others prefer to combine Jaipur with Jaisalmer or one of the other cities. In addition to flights, there is also the option of travelling by train, and some of the overnight trains offer a convenient and economic option. For local transport, driven cars are available at inexpensive rates and most cities offer guided visits for tourists.

For those travelling to Rajasthan, a guide is a must as there is so much more than meets the eye. To have a feel of the place, you need to hear about it. While doing shopping, it is preferable to go to open markets and large shops. Rajasthani food is famous for its flavours, but continental food and fast foods are also easily available. Now a days, accommodation and even local transport can be easily booked in advance on the internet. Compared to other parts of India, Rajasthan is considered safer and is relatively free from crime, but being vigilante and taking usual precautions is always preferable.

India's Greatest Warriors And The Weapons They Used 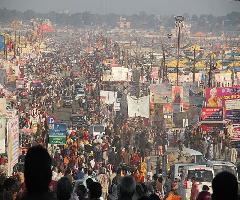 The existing political state of India came into existence on 15th August, 1947. But with a history of at least several thousand years, India is clearly much more and extends much beyond its political boundaries. 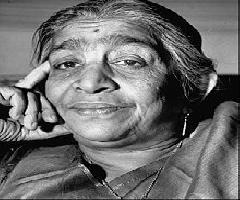 Sarojini Naidu- The Nightingale Of India

Sarojini Naidu is known as the Nightingale of India. Read her short biography here..