What are the four vedas? 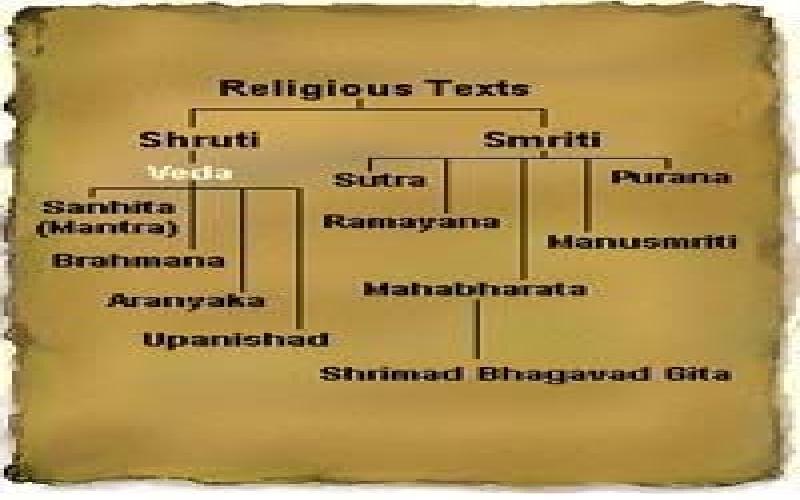 The Vedas are landmarks of Indian culture and literature. Read about them below.

The word Veda was formed from Sanskrit word 'vid' meaning 'to know'. The Vedas are the ancient Indian texts which shine spotlight on the ancient Indian culture and philosophy, especially of the time of Arya domination. They are also deeply intermixed with Hinduism. There are four Vedas, namely Rigveda, Yajurveda, Samaveda and Atharvaveda. The Vedas are written in Sanskrit language. They are often called Sruti literature.

Their origin is attributed to none specifically but god Brahma is credited as the author of Vedas in Hindu epic Mahabharatha.

Vedas have complementary texts, namely Brahmanas, Aranyakas and Upanishads. Soemtimes the Vedas are used to denote the entire scripts and the word Samhitas is used to indicate the four principal texts.

Rigveda is the oldest work of Sanskrit literature. It is also considered to be the oldest religious text in the world. Rigveda is also called Aadhimaveda meaning First Veda. It is believed to have been composed between 1700 BC and 1000 BC. There are 1028 hymns in the text divided by 10 chapters. The hymns are dedicated to various deities. The caste system prevalent in India is mentioned in the 10th chapter of the work. Ayurveda is regarded as the subsidiary of Rigveda by many.

The name Samaveda was derived from 'saman' meaning tune. The veda is split into two, Archika and Uttararchika. It Consists of 1549 stanzas, all but 78 of which are taken from Rigveda. It is the source of the verses the ascets chant during yagas. Samaveda is regarded as the source of Indian music as well. It has verses addressing gods Indra, Agni and Soma. Gandharva Veda is subsidiary to Samaveda.

Yajurveda consists of chants and procedures for yagas, sacrificial rites and other religious ceremonies. There are two parts of the Veda, namely Shukla Yajurveda (White) and Krishna Yajurveda (Black). Yajurveda is half in verse and half in prose. Dhanurveda is the subsidiary of Yajurveda.

Atharva Veda is the least revered of the vedas. It consists of the black magic and defensive measures against devil powers and demons. It is considered the newest of Vedas though some parts of it date back to the time of origin of Rigveda. It was compiled in existing form around 900 BC. 'War begins in the human minds' is the popular sentence of the veda. There are 760 verses in Atharva Veda. It is not considered to have been written by the Aryas. It is also the largest of Vedas. Silpaveda is the subsidiary of Atharva Veda.

TAGS : indian culture hinduism religious texts indian history
Let us know how you like this article. Like it and Rate it below.
447 0
0
Thanks for rating this article
0 stars - by 0 user(s)