Japan Invaded the Philippines in the 2nd World War

Why was the Philippines invaded by the Japanese? 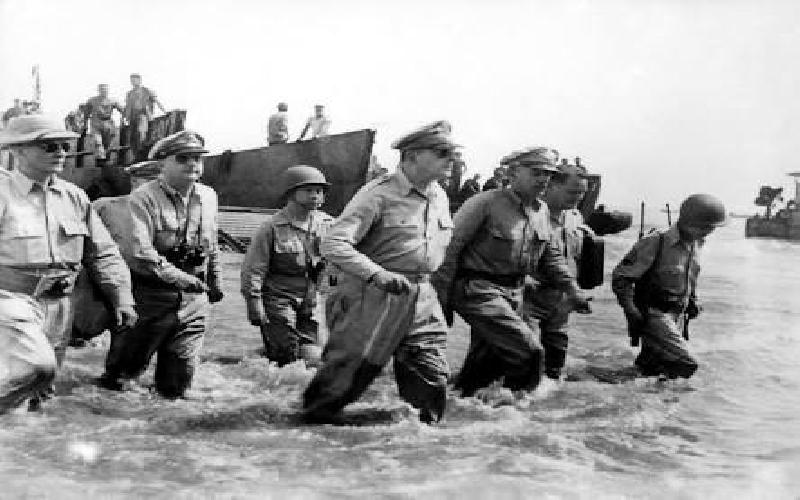 The Philippines was invited by Foreign Minister Arita of Japan to take part of their program called Greater East Asia Co-Prosperity Sphere. And because our country’s citizen doesn’t want to be under a foreign occupation, the government officials did not believe it and thus did not join the invitation of the Japanese Government.

Japan had been into war to many of its neighboring countries. They invaded Manchuria in 1932; a big area of China in 1937; and the Northern French Indo-China in 1940.

Because of the current tension and danger of war, General Douglas MacArthur (the current Chief of Staff of the Philippine Forces) roundup all the reserved forces and the regular armed forces of the Philippines. He taketh with him the American troops who were assigned in Asia. This is to get ready for the possible war that may broke-out in the Philippines against Japan.

The Bombing of Pearl Harbor

In the on-going and continuous negotiation between America and Japan, Admiral Nomura Kichisaburo went to the United States for a peace talk on September of 1941. But, the peace talk did not finished because the Japanese Naval force had bomb-down Pearl harbor in Hawaii as ordered by the Imperial Japanase Force. This happened in December 7, 1941.

This causes a big damage to the American Naval and Air force because Pearl Harbor  is America’s biggest Military Base in the Pacific. America had declared war against Japan, as well as the Axis Power (which include Germany, Japan and Italy).

There were already Japanese forces who landed in the Philippines even before they had attacked Pearl Harbor. They already controlled a big part of the trading and the transportation of local goods in the Philippines, especially in Davao.

After the Japanese Fleet bomb Pearl Harbor, their airplanes attacked the Clark Airbase Field in Pampanga on December 8, 1941. And the next day (Dec. 9), they begun their attacked in Manila. The country was bravely defended by the Filipino and American troops. One of the Filipino pilot who fought courageously was Captain Jesus Villamor. And because of the breakdown of the power plants and electric lines, there had been a wide range blackout in the country.

The Japanese Forces infiltrated many parts of the Philippines. They had landed in the northern part of Luzon and Batanes on December 10, 1941. In the South, they attack the province of Legazpi, Albay while other forces landed and attack Quezon province and Jolo in Mindanao.

General MacArthur declared Manila as an Open City on December 26, 1941. This means that the enemy can freely enter Manila without any resistance. This was made in order to temporary stop the havoc wreck by the Japanese forces in the country. The Japanese force had freely entered the capital of the country. However, they still invoke cruelty to the Filipinos. They destroyed all short wave radio stations, houses, and food sources of the Filipinos. With this, a big part of the country’s citizens had suffered enormously.