The Defeat of Simon de Montfort

Prince Edward restores his father to the throne.

The Regaining Of Royal Authority

Few monarchs have reigned over England longer than Henry III did (George III, Victoria, and Elizabeth II), and very few kings that ineffective got to die of natural causes while still on the throne. He reigned for 60 years yet his position was threatened by Simon de Montfort.

At Evesham Henry III and his son Edward gained revenge over Simon de Montfort for their defeat at Lewes. After that earlier battle both had been held in captivity. De Monfort forced his brother in law to sign the Provisions of Oxford, which meant he had held power. The provisions meant that England was effectively a republic.  Had Prince Edward stayed under his uncle's control the history of England could have been completely different.

Edward was able to escape and de Monfort did not stop him from joining up with his father. That failure proved very costly in the end.

Whilst Henry III was ineffective, Edward considered himself to be an able commander. De Monfort had alienated too many people after Lewes, and royalists were threatening him from Wales.  The most important royalists was Roger Mortimer (grandfather of the most famous one), joined at the end of May 1265 by Edward who had escaped from De Montfort's custody.
This battle was the first one in, which Edward got to show off his skills as a military commander.  He placed the royal army in the best position and made sure that his enemies were crushed.

De Montfort decided to move from Hereford to join forces with his son's small force at Kenilworth. He never got there as Edward trapped his bitter enemy at Evesham. Edward planned to free his father and destroy De Montfort. The latter had seen supporters drift away as the royal faction began to gather strength.

Edward had chosen the perfect place to trap de Monfort. On the morning of 4 August 1265 the trap was sprung. De Montfort was slain with virtually all of his followers.  Royal authority was restored, and Henry lived out his last years unrivaled.  Edward went on to be the king that conquerred Wales and very nearly did the same to Scotland.

TAGS : Henry III Edward I Simon de Montfort Evesham Lewes Provisions of Oxford England
Let us know how you like this article. Like it and Rate it below.
123 0
0
Thanks for rating this article
0 stars - by 0 user(s) 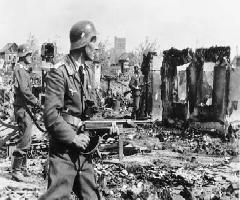 Failure Of The Luftwaffe In The Battle Of Stalingrad

The german army was defeated at Stalingrad. Read the article in detail to know about the various causes behind their defeat.. 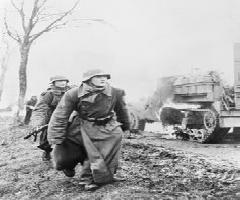 The Battle Of The Bulge: How Hitler Failed

This article provides useful information about the battle of the bulge. Hope the information proves to be useful to you..