Trade was very important to the economy of the Ancient African Empires. The African Empires traded with other nations. The would take goods from Western and Central Africa and send them on the trade routes to Europe, India and the Middle East.

Tunis, Marrakesh and Cairo were trade centers along the coast of North Africa. Anothr important trade center was Adulis on the Red Sea.

Trade goods were moved from Western and Central Africa on the trade routes across the Sahara Desert to the trade port centers along the Mediterranean Sea. The trade route from Timbuktu across the Sahara to Sikkimese was very important. When the goods reach Sijimasa they would be moved to many places. Much of the goods would go to Marrakesh or Tunis. Another important trade route went from Gao to Tunis and another from Cairo to Agadez. All of theses trade routes were very important to Ancient Africa's economy.

The trade merchants moved their goods across the Sahara in large caravans. The caravans were made up of camels who moved the goods. Sometimes goods were carried by slaves. The caravans would usually have 1,000 camels in them, but there were caravans that would have up to 10,0000 camels. Before the caravans started across the Sahara Desert the camels were fattened up for the trip. The camels would store fat in their humps to give them energy on the long trips. Camels eyes are protected by a double row of eyelashes that protect their eyes. Camels will also close their nostrils to keep the sand out of their nose.

The most important part of a caravan is the camels. If they had not had the camels the trade merchants probably would not have made it across the Sahara. Camels can go for days without water. They can stand the hot days and the cold nights of the desert.

The Berbers of North Africa domesticated the camel in 300 AD. The trade increased dramatically after the Arabs conquered North Africa. The Islamic traders came and started trading gold and slaves from Western Africa. They would ship gold and slaves to Europe. This trade made the Islamic traders very rich. The trade routes were very important to the Ancient African economy until the 1500s.

TAGS : Trade routesAfricaAncient AfricaCamel trainssaltgoldslaves
Let us know how you like this article. Like it and Rate it below.
242 0
0
Thanks for rating this article
0 stars - by 0 user(s)

I was born and raised in the Central Valley of California. I was educated in the east. I have ridden horses since I was 6 years old. I love riding horses, playing tennis and riding horses. I have written and submitted articles for many years. 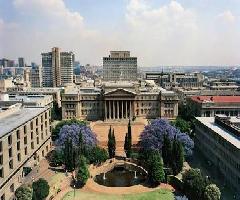