Who is General Flaviano Yengko? 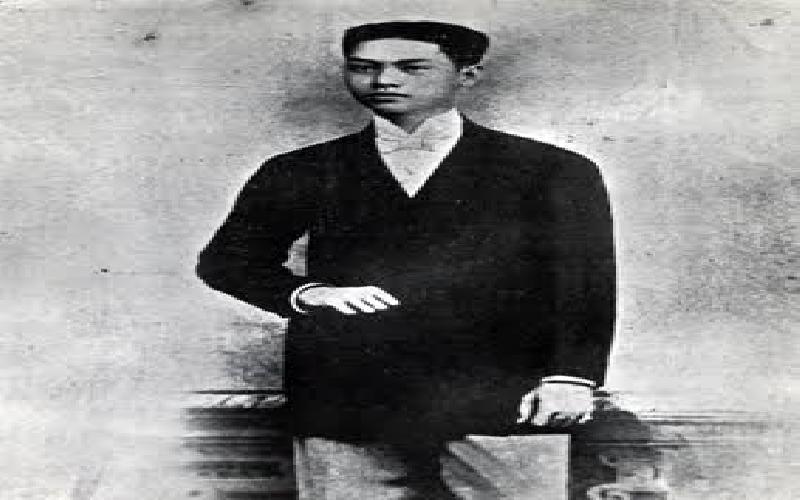 Do you know this young general of the revolutionary who fought for the country’s freedom against the Spanish occupation?

Not only did this young general show his patriotism to the country but also shows his love to the women who he loved.

Flaviano Yengko was born on December 22, 1874 in Tondo, Manila. Before the war broke out, he is currently studying Law at the University of Sto Tomas. And when there is a call for an armed revolution against the Spanish regime in the country, Yengko did not hesitate to join the Filipino Revolutionaries.

In fact, Yengko go to Imus, Cavite to join General Aguinaldo’s call to join his troop on November 1896. This decision was made by Yengko without informing his family. Yengko’s first mission in Aguinaldo’s troop is through the distribution of gun powder between Manita and Cavite. Yengko’s first mission was successful without any lost of neither life nor interception or captured by the enemy.

Besides this very important task in the revolutionary, Yengko was also involved in several battles against the Spanish troops.

One of these is the “Battle of Binakayan”. Because of his bravery and courage at the battle, Yengko’s promotion had been very fast that just after a month of joining; he was already promoted to Coronel in December of 1896.

Two months after his promotion, on February of 1897, the forces of the Spanish military had launched a full attack in the province of Cavite. The Spanish forces were headed by General Cornelio de Polavieja. In this battle, Coronel Yengko was one of the Filipino Revolutionary Leaders who defended the province of Cavite against the enemy. And again, because of the prowess he shown in the battle, he was promoted by Gen. Aguinaldo in the rank of Brigadier General.

But the Spanish Army continues its attack in the province of Cavite. And one of the battles reached in Salitran (which is now commonly called as “The Battle of Salitran”). In this battle, Yengko was critically wounded. This prompted the Filipino Revolutionary troops to retreat at Salitran and move back to Imus, Cavite.

Yengko was rushed to the hospital in Imus, but unfortunately he died of his wounds. He died on March 3, 1897 in the hands of a Cavite woman whom he loved.

It was believed that the father of this woman whom Yengko loved did not agree with their relationship. He thought that Yengko only had his good looks and tidy manner of dressing but he lacks bravery and courage. But because of his heroic acts in the battle, he had proven to the girl’s father that he is wrong.

TAGS : The Battle of Salitran biography of General Flaviano Yengko Filipino Revolutionary Leaders Battle of Binakayan
Let us know how you like this article. Like it and Rate it below.
13.75K 2
2
Thanks for rating this article
4.5 stars - by 2 user(s)