Sikh Names and their Meaning

An introduction to Sikh Names 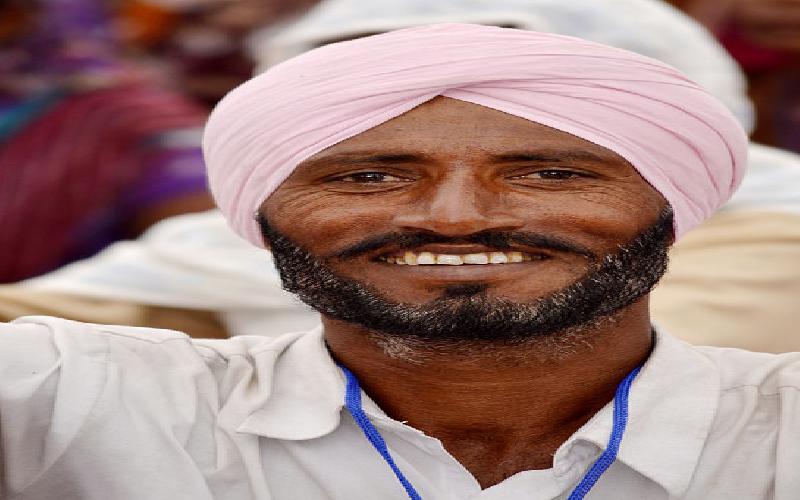 Sikhism evolved in India as a sect among Hindus that gradually attained a distinct identity. An analysis of Sikh names throws up interesting observations about the manner in which societies and communities evolve over time.

Sikh Names and Surnames are a product of the times that gave rise to Sikhism and make an interesting analysis of how cultures evolve in face of adversity and challenges. One of the most interesting features of certain Sikh names are their unisex character – a very unique characteristics in India.

Sikh names have a long history of Sikh persecution by Muslims and their subsequent military retaliation attached to it.

In 1699 AD, on the day of Baisakhi, the first day of the month of Vaishakh in Indian calendar, the tenth guru of Sikhs, GURU GOBIND RAI distributed holy water or AMRIT to the five volunteers whom he called PANJ PYARA (five loved ones) for agreeing to sacrifice their lives.

By doing so he laid the foundation of KHALSA PANTH, and organised community of Sikhs which would be able to defend the Hindus and the Sikhs against the tyranny and forcible conversions of Muslim emperors of Delhi. After establishing the Khalsa, the Guru asked all his followers to take the surname of SINGH, while all females should add the surname KAUR. From there on, the guru himself took the name of GURU GOBIND SINGH.

These two words, Singh and Kaur remain the hallmark of the Sikh identity. The word Singh means tiger, thereby indicating the bravery and courage of the Sikh follower. That period was a difficult phase for the survival of both Hindus and Sikhs, and by displaying the will to resist the Muslim rulers, Sikhs allowed both the Sikh and the Hindu faiths to survive.

The first name of most Sikhs, both males and females, usually is a combination of two words.

The first word is usually something like Gur, Har, Man, Bal, Dal, Kul, Jas, while the second one is like inder, jeet, jot, preet, pal, meet, deep, mail, bir, vant. These names themselves are not a result of any diktat. They probably reflect the tradition of names followed by the Khatri families of Punjab, to which most of later Sikh Gurus belonged.

An important feature of Sikh names is that, while the surname is different for males and females, both can usually have the same first name. For example, 'Surjeet' can be a name of the girl as well as a boy. Similarly, 'Inderpreet' can also be a name of both male and female. Because of that it is difficult to know merely by the first name, as to whether the person is a male or a female. According to many, this tradition of unisex first names, a characteristic of Sikh culture, is a reflection of the equality for the two sexes.

During modern times, more and more Sikh individuals are taking up names that do have the traditional Sikh characteristics. Many have Hindu names, while many others have kept Christian names.

Defining The Meaning Of Tundra

The tundra is one of the earth's most unforgiving region to live in. Only few living things had made it a home.