The religious value of Temple of Tooth in Kandy, Sri Lanka.

Temple of Tooth in Kandy has serene atmosphere. 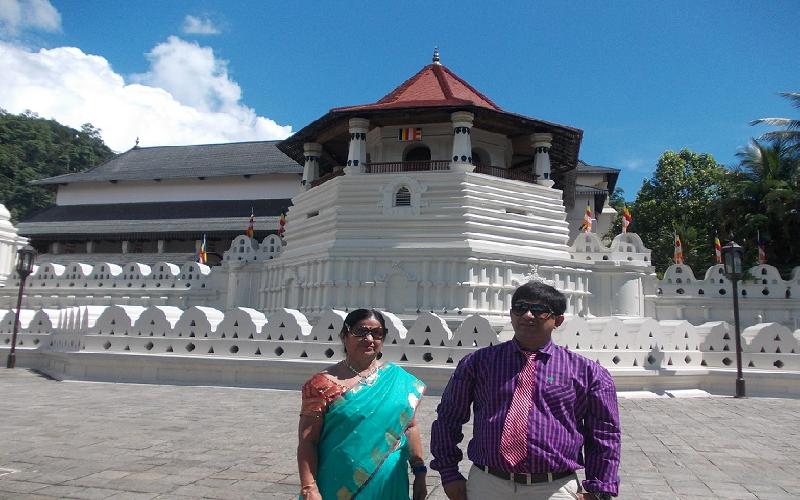 The article speaks about the sacredness and piousness of Temple of Tooth in Kandy, Sri Lanka. It is a paradise. It is situated in the hills and as such has good location.

Kandy in Sri Lanka is famous for a number of different tourist places. There is a beautiful lake in Kandy. There is excellent Royal Botanical Garden in Perradeniya in Kandy. It consists of huge acres of land. The temple of tooth in Kandy is one of the major tourist attractions in the place.

That had added prestige to the Temple. It used to be believed that whoever had the relic of Buddha had the power of governance in the country.

Monks comprising of two types of subjects called Malwatte and Asgiriya conduct worship within the Temple every day in Temple of Tooth, Kandy. On Wednesdays the shrine is washed with herbal mixture in Sri Lanka called Nanumura Mangallaya.

A big section of the Sri Lankans had embraced Buddhism. So for them the Temple of Tooth is a very religious temple having huge religious value. For other sections of the people and the visitors also the site provides peace of mind whenever anyone visits it.

The relic of Lord Buddha had been smuggled from Eastern India to the island nation more than 2000 years ago. During the reign of King Dharmapala the relic was kept hidden in Delgamuwa Vihara, Ratnapura in a grinding stone. It was brought to Kandy by Hiripitiye Diyawadana Rala and Devanagala Rathnalankara Thera. King Vimaladharmasurya I built a two storey building to deposit the tooth relic and the building cannot be traced back.

There is water waves wall within the temple. There is a moon stone carved in Kandyan Architectural style. Those who come to visit the temple are not allowed to take photographs at every place but are required to seek permission inside the temple.

The royal palace is situated on the western part of the palace. There are restricted areas within the temple where the visitors are not allowed to do photography.

Many visitors sit in the visiting gallery and offer prayers with flowers. The lakes surrounding the temple of tooth are beautiful. There are swans and ducks found around the lakes. As Kandy is in the hills, the hilly vegetation adds beauty to the entire area. It looks like a paradise.

If visitors come to Sri Lanka and get the opportunity to visit Kandy they should definitely visit the Temple of Tooth in Kandy.

TAGS : Temple of Tooth Kandy Sri Lanka Lord Buddha Buddhists
Let us know how you like this article. Like it and Rate it below.
602 1
0
Thanks for rating this article
0 stars - by 0 user(s)