Places to See in Tokyo 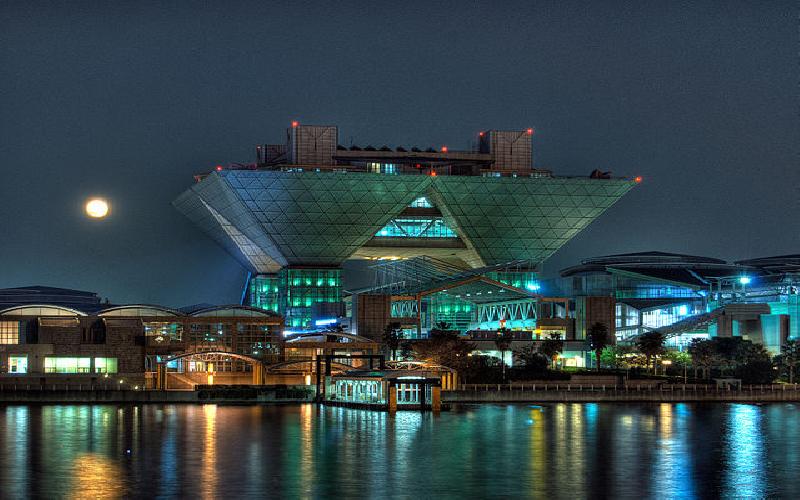 Tokyo is one of the modern cities in the world, and yet it is one of the most traditional as well. A trip to the capital of the third largest economy on the planet requires detailed planning, as there are many different shades of the city to get engrossed in. You should decide about what you want to see, before you land in Narita Airport.

In today’s cosmopolitan world, there are very few places on this planet that can surprise a visitor in the way Tokyo can. The capital of the third largest economy in the world was the first city in Asia that matched its Western counterparts in technology, architecture and wealth. The most striking aspect of Tokyo is the way in which it amalgamates a highly traditional, homogenous culture with very Asian values, an extremely modern lifestyle and a work culture that is more professional than any other developed country.

Visiting Tokyo means not just visiting the landmark buildings and monuments that reflect the rich technology and economic prowess of Japan. Far more fascinating is the society and the people. There is unlikely to be another society or people that will fascinate you more by their sincerity, hard work and honesty. Equally difficult is to find people who are more polite, and perhaps because of their politeness, more reserved.

People are actually the real assets of Japan, and you would have missed the most fascinating aspect of your visit if you are unable to pay due attention to them.

Having said that, there are enough places worth visiting in Tokyo to see, observe enjoy and remember. Actually, there are more places than one can possibly visit in a short trip, which makes it essential that you plan your travel within the city in detail to make the best of your preferences and the opportunities available. We will discuss a few of the major attractions.

ROPPONGI HILLS : The Face of Modern Tokyo and its Nightlife

Roppongi Hills is very much the face of modern Tokyo. It is a building complex in the centre of Tokyo’s Roppongi district, featuring offices, shops, showrooms, apartments, restaurants, a hotel, an art museum, an observation deck and a lot more. All these exist around a 238 meter tall Mori Tower, which is one of the tallest buildings in Tokyo, with the top floors dedicated to a Tokyo City View Observation Deck and a Mori Art Museum. Just behind the tower is the Mori Garden and the Grand Hyatt Hotel. Nearby stands the monumental complex of Asahi TV, another landmark on the scene. The best time to visit Roppongi Hills is later in the day. It is worth dedicating a full evening moving from the Art Museum to the observation deck and then for dinner.

The Mori Art Museum is open up to 10 pm every day except on Tuesdays when it closes at 5 pm. The Tokyo City View is open up to 11 pm except on Fridays and Saturdays, when it is open up to 1 am. The Sky Deck closes earlier at 8 pm, but sometimes may be closed earlier due to bad weather. The entry is closed around 60 minutes before the closing time. Entry ticket to the City View costs 1500 yen with another 300 yen required for Sky Deck. Combination ticket for Art Museum and City View are also available.

ODAIBA : The Manmade Island of Tokyo

Odaiba is a manmade island created near Tokyo, which in many ways is the most modern Japanese fantasy that was fuelled by the booming economic growth of 1980s. It is a place where many local residents come for a picnic, most as couples or small groups. It actually began as a manmade island fort towards the latter part of the ‘Edo period’ (1603 – 1868) to protect Japan from external attacks. In the 1980s, a massive drive was initiated to expand it as a settlement with some of the most exquisite buildings on the planet. Subsequent asset bubble bust has mellowed down some of those ambitions, yet, it retains enormous charm for all visitors, foreigners as well as local residents. Its characteristic feature is the Rainbow bridge, a curved structure made over Sea to link Odaiba with the mainland. The Driverless Yurikamome Rail provides the visitors an excellent way of enjoying a memorable sky ride over sea through the skyscrapers.

Other places to visit in Odaiba include the Ferris wheel, which is the largest of its kind with a height of 115 meters. Each cabin on the wheel costs 3000 yen and accommodates six persons, except the glass cabins that seat only four. One complete revolution of the wheel takes fifteen minutes to complete. It is open till 10 pm. Another attraction is the Oedo Onsen Monogatari, a hot spring theme park, which artificially creates the atmosphere of the Edo period. It is open between 11 am to 9 pm and has admission fee of 2900 yen. Here one can have all kind of hot spring baths, as well as enjoy restaurants, massage, games and other entertainment.

There are a number of shopping malls in Odaiba, for somebody on a buying spree. The grandest of them is the Venus Forte designed like a 18th century South European town within a palace, with over a hundred shops and eateries. There are many other malls, the best of which are the Aquacity Odaiba and the Decks Tokyo Beach. Odaiba also has many museums, the most prominent of which are the Miraikan (National Museum of Emerging Sciences) and the Museum of Maritime Sciences.

One can easily spend the whole day at Odaiba. If time availability is limited, one can begin after lunch in the afternoon. Odaiba will fascinate you unless, of course, you are the most boring sceptic in the world.

Shinjuku can enter your itinerary because of two of its major attractions. First of them is the Tokyo Metropolitan Government Building, a 45 storey tower, which at 248 meter or 814 feet is the tallest building in Tokyo. It is recommended mainly for the observation decks on its top two towers, which are the best observation decks in Tokyo, and to make it even better, are free for all. They also offer the best opportunity to view Mount Fuji (Fuji san) in the morning hours, when the Sun is behind you and the air is relatively free of dust and fog.

The second major attraction of Shinjuku lies in its shopping opportunities. There is a large shopping area in the basement around the various Metro lines in the Shinjuku station complex. On the ground, there are various shopping malls on both sides of the station. On the East side, there is a wide Shinjuku Dori Avenue, which has many large shopping complexes. The largest shopping center is Times Square which houses the Takashimaya Department store, Tokyu Hands and many other centers, including Kinokuniya, the largest book store in Tokyo. The West exit houses most discount camera stores, most prominent of which are Yodobashi, Sakuraya and Bic.

Shinjuku is one of the largest Metro stations in Tokyo and an intersection of many Metro lines. So, one is likely to pass through it frequently if using the Tokyo Metro lines, a point worth remembering while planning the travel details.

Asakusa and the adjoining Nishi-Asakusa (West Asakusa) are perhaps the most traditional parts of Tokyo. They house most of the older buildings that have survived the World War bombing. The most famous of them is the Sensoji Temple, also known as Asakusa Temple. There are many temples in this area, often referred as Shitamachi, meaning downtown. A stroll down the lanes of Asakusa offers a unique glimpse in the cultural life of Tokyo. The temples often hold Shinto festive celebrations called Matsuri. One can also find traditional Japanese guest houses, called Ryokan as well as modern apartment complexes. Close to the area lies the Sumida river, from where you can take a Cruise to other parts of Tokyo, including Odaiba.

Akihabara : The Electric Town of Tokyo

Akihabara District is famous for the variety of shopping complexes selling Electric and Electronic products. It is a must for anyone wishing to take some modern gadgets back home. It has something for every budget, and a variety of discounts can be found here. For anyone fond of electronic gadgets, a visit to Akihabara is a must.

Other Major Attractions within Tokyo

There are several other places worth visiting, all of which can neither be covered here, nor within a single visit to Tokyo. However, a few of them are worth mentioning.

The first of them is the Tokyo Tower. Modelled on the design of Eiffel Tower, the Tokyo Tower stands 333 meters tall in Minato-ku area. It is 9 meters taller than the Eiffel and unlike Eiffel which weighs 10,100 tons, it weighs only 4,000 tons. The first floor of Tokyo Tower houses an Aquarium that has 50,000 fish. The third floor is a Museum and the fourth a Trick Art Gallery. The primary attraction of the Tokyo Towers lie in its two observatories, at 150 and 250 meters height respectively, which offer a unique 360 degree panoramic view of Tokyo.

The second of them is the Tokyo Imperial Palace, located in Chiyoda ward of Central Tokyo. It is the home of the Japanese Emperor, who has a special place in the society of Japan, and continues to be revered and respected. The Imperial Palace is a part of the Edo Castle, surrounded by a moat and high wall. The inner palace gardens and buildings are closed to public except on January 2 and December 23. For foreign visitors, special guided tours are arranged but require advanced bookings.

The last place on our list is Yasukuni Shrine. Located in Chiyoda ward of Tokyo, it is also the most controversial of all tourist places. It houses the souls of Japan’s war dead, including convicted war criminals executed by the allies. Many countries that were attacked by Japan do not take kindly to the visits made by senior Japanese leaders to this shrine.

A Word of Advice

Like other major cities of its stature, Tokyo too has a long history and a rich tradition. The city bears a very modern look today, as Western as any other in the world. However, the essence of the city lies in its people and their culture. While you watch the places and monuments, be aware of the people moving around you. Once you get to know them closely, they may fascinate you even more than the city itself.

TAGS : Tokyo Tokyo tour Tokyo trip Tokyo visit visit to Tokyo places to see in Tokyo Tokyo attractions Tokyo sightseeing
Let us know how you like this article. Like it and Rate it below.
404 2
2
Thanks for rating this article
5 stars - by 2 user(s)