Jaipur : A City Two Hundred Years Ahead of its Time

Jaipur's City Architecture stands out among all cities of that Era 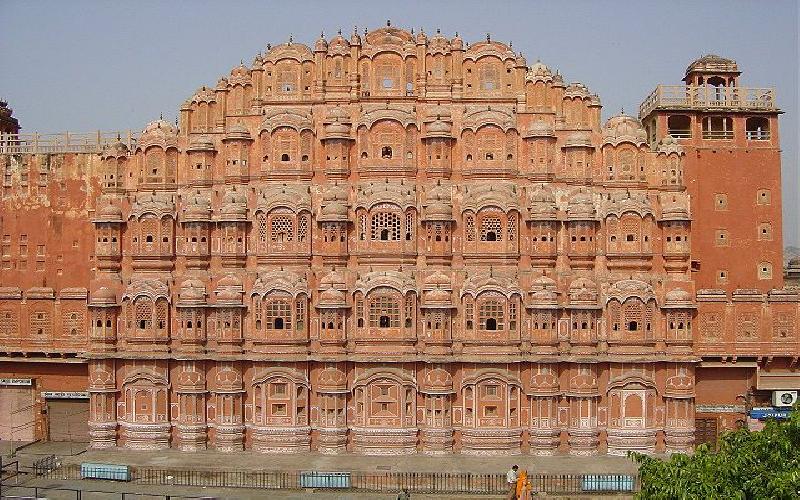 Jaipur, the Pink City is a historical city of India that attracts tourists both from within India and abroad, for its excellent urban design, rich history, colourful tradition and attractive monuments. However, few people know that at the time of its establishment, it was one of the most modern cities in the world, developed on the basis of most advanced scientific principles and architecture available at that time. It was a city nearly two hundred years ahead of the world .....

Jaipur, a city around 200 miles from Delhi, has consistently been one of the most popular tourist attractions in India. Along with Delhi and Agra (where Taj Mahal) is situated, Jaipur forms the golden tourist triangle in North India, offering a comprehensive attraction that most forein tourists are unable to desist. Its history and city planning has also attracted a lot of people, including tourists, architects, and historians.

Towards the end of the seventeenth century, in the semi-arid, Western and arid part of India, the ruler of kingdom of Amber, Sawai Jai Singh, a great scholar of science, astronomy, mathematics and architecture, was planning to build a new city where he could shift his capital. The result was a city that was nearly two hundred years ahead of its time - the city of JAIPUR, also known as the PINK CITY.

Brainchild of a Genius King

Named after its chief architect, King Sawai Jai Singh, Jaipur is till date one of one of the few cities in India that allow peace and modern urban life to coexist comfortably. It has all the charm of a metropolitan, yet it has been able to retain its colourful tradition that combines with its rich history to give it a unique character.

Jaipur is the capital of Rajasthan, a state which is different from other parts of India in many ways. It is famous for its sandy deserts of the Thar, Aravali - the oldest mountain range of Asia and for its very respectful and polite people.

But what gives Rajasthan its fame among the tourists is its history, which is reflected in its Forts and Palaces as much as it is in its tales and fables.

The forts in Rajasthan are situated on hill tops and are built of stone. Most of them are a few hundred years old, some close to a thousand. The ancient stone architectures are still preserved in their heart. In Jaipur too, there are two famous forts, JAIGARH FORT and NAHARGARH FORT, and three large palaces, AMBER PALACE, CITY PALACE and ALBERT HALL. Amber Fort and Jaigrah Palace are the two of the primary attractions of Jaipur. Both are situated in the hills of AMBER, the original city around 5 miles from Jaipur that has existed since over two thousand years. Around the fort one can see the walls that were built for security. Another primary attraction of Jaigarh is its Cannon factory which made the largest Canon on wheels ever built, with a range of over twenty four miles that has been fired only once. The City palace and the Albert Hall are both maintained as public museums containing exquisite collection of invaluable artefacts from history.

In the centre of the city, lies another unique monument built be the same visionary king, Sawai Jai Singh. Known as JANTAR MANTAR, it is a planetarium and astrological lab built by the king for his scientific and astrological pursuits. His knowledge and understanding of urban architecture is visible in the city, where all roads parallel or perpendicular to each other, and where water accumulation never takes place irrespective of the rains.

Jaipur is also famous for its markets including JAUHARI BAZAR and CHAURA RASTA. The real elite market is along the MIRZA ISMAIL ROAD, which is also the favourite place for tourists who wish to have a feel of the city and its people. One of its movie theatres, RAJ MANDIR is also a tourist destination for the Indian tourists because of its exquisitely decorated interiors and near perfect audio-visual effect. Another famous tourist attraction is the HAWA MAHAL, a building with a million outlets for air ventilation. Among the recently built structures are the HARI NARAYAN TEMPLE made of White marble that looks very impressive in the dark.

All in all, Jaipur is a tourist's paradise. Yet one needs to be prepared for the rush, crowds and even dust. The temperatures can be extreme, with summers in June touching 48 degree Celsius, while winters in January see the temperature falling up to zero degrees Celsius. This modern city with three centuries behind it is one of most frequented places by foreign tourists. People of Jaipur are simple and peace loving, but a somewhat more traditional than other Indian cities.

The best time to visit Jaipur is between November and February.

TAGS : Sawai Jai Singh Amber kingdom of Amer Thar Aravali Hawa Mahal Amber Fort Jaigarh Jaigarh palace jantar mantar
Let us know how you like this article. Like it and Rate it below.
315 2
2
Thanks for rating this article
5 stars - by 2 user(s)