Why is king Martin Luther known as the American Gandhi? 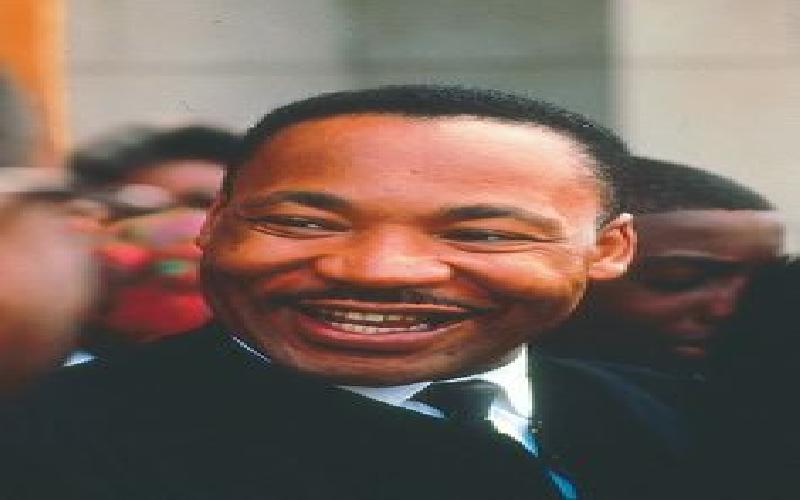 Martin Luther King Jr. was an unforgettable crusader for the rights of Blacks. Read about him here.

Some speeches have rewritten the course of history. One of them is "I have a dream..." rendered by the civil rights activist Martin Luther King Jr. It was on 28 August 1963 at Lincoln Memorial in Washington during the 'March on Washington'. Around 3,00,000 people bore witness to the speech. Martin Luther King shared to them his dream of a time where the division between the Black and the White people would be nonexistent.

His childhood was fraught with discrimination. Although slavery had been abolished in America, the Black people didn't have any status or consideration equal to the Whites. Discrimination was evident in schools, buses and public places.

Martin raised his voice against this discrimination in his childhood itself. He was a Theology student and became a pastor in Baptist church. His role model was Mahatma Gandhi and he assumed the way of non-violence to fight the racial discrimination.

The famous Montgomery Bus Boycott of 1955 was an incident that had had a great influence of King. Following this, the Blacks, led by King, decided to boycott the bus services. He was a priest then. He was elected as the President of Montgomery Improvement Association. After a year of legal crusade, the Supreme Court declared in their favour. It was the rise of the human rights crusader in Martin Luther King. He founded Southern Christian Leadership Conference in 1957 to take his fights further.

His activities had earned numerous supporters as well as enemies in a small amount of time. King recieved constant threats from various White extremist groups. They tried to destroy his image through slandering and violence. Once his home in Montgomery was targeted in a bomb attack. But none of them could detract Luther King. He continued his fight, and as a recognition, he was awarded the Nobel Prize in Peace in 1964.

However, the star named Martin Luther King Jr. didn't have a long lifespan. On 4th April 1968, a racist named James Earl Ray took that great life with a bullet at Lorraine Motel in Memphis. He was only 39 when he fell before the bullet.

In King's memory, the 3rd Monday in January is observed as Martin Luther King day in America. It was first observed in 1986. The fight that started by King, is still continuing, through many other Luther Kings. There is a little more distance to go for the fulfilment of his dream.

TAGS : personalities world history great people martin luther king
Let us know how you like this article. Like it and Rate it below.
559 0
0
Thanks for rating this article
0 stars - by 0 user(s)