Importance of the Kathgola Palace in Murshidabad in West Bengal.

The Jain temples and Kathgola Palace are brilliant historical sites. 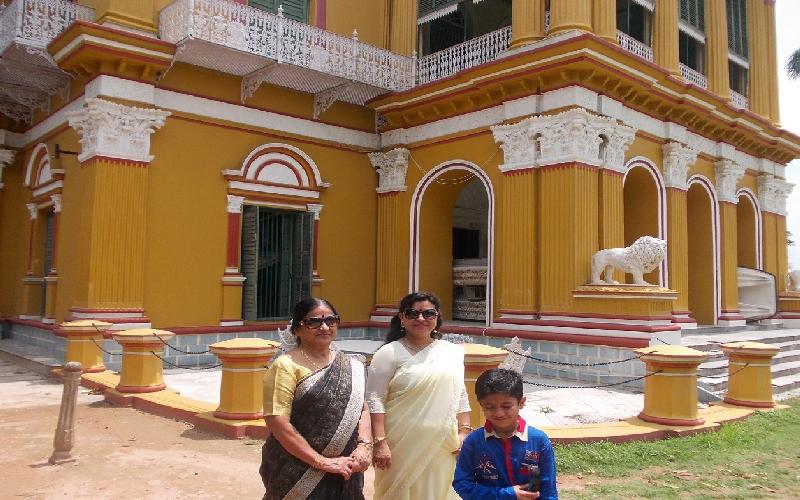 Murshidabad has history embedded in every corner. Hazarduari Palace means a palace consisting of 1000 doors. Out of them 100 doors are real, the rest 900 are false. They were purposely built so that the perpetrators of crime could be detected and arrested by the Nawab.

Hazarduari had been built by Nawab Nazim Humayun Jah. Duncan Mcloid completed it in 1837. The archaeological survey of India had restored it and presently it has been converted into a museum. There is a nominal ticket fee for entering into the museum. But the visitors are not allowed to take photographs inside the museum.

The beautiful Adinath Jain Temple is built within the total area of Kathgola Palace. There is beautiful architecture made in white stone in the temple.

The Adinath Temple was built in 1793 by Harreck Chand. It is about half a km South-East of Mahimapur. Though some of its glory has been lost, it still remains a major tourist attraction, chiefly because of the beautiful temple with an admirable work of stucco.

The main idol inside the Adinath Temple is that of Adinath. It is shown sitting in the lotus posture. Lord Rishabha  is also worshipped in Kathgola and surrounding areas of Murshidabad. All the tirthankaras and worshipped by Jains.

The temple has an onion shaped dome which creates an identity in respect of the temple at Adinath.

There are good ghats in and around the Kathgola palace around the pond. The pond had a lot of fishes. Whenever the fishes died they were buried elsewhere. There are white constructions in the shapes of fishes which showed that the fishes were never buried.

There are other hindu temples in the premises of Kathgola Palace. The hindu temples included Hanuman temple and Ganesha temple. The architecture in the temples also showed white structure.

TAGS : Kathgola Palace Lakshmipat Dugar Murshidabad Roses
Let us know how you like this article. Like it and Rate it below.
5.34K 1
2
Thanks for rating this article
3.5 stars - by 2 user(s)