How is Lakshmi Pooja Done 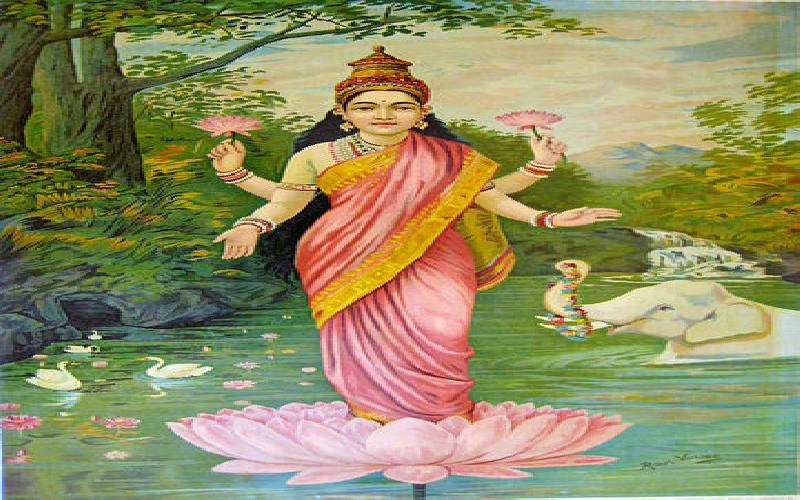 Lakshmi Puja is a religious tradition wherein people worship Goddess Lakshmi, who represents wealth and prosperity, and seek her blessings for prosperous life. The steps in the worship include Dhyan, Namaskar, Tilak, Aarti and Prasad, each of which has its own symbolic significance.

If Hindu philosophy be considered a way of life rather than a fanatic religion, the symbols, the traditions and rituals become very important. For most ordinary folk, the abstract philosophies are a little too complex, compared to the simple symbols and rituals laid down by tradition. Worshipping Lakshmi, the symbol of prosperity is an example of how these rituals evolved.

Lakshmi: The Symbol of Prosperity

'Lakshmi Pooja' or the worship of Goddess Lakshmi, the goddess of wealth and prosperity is the most important religious ritual associated with Diwali. Given the importance of Diwali among Hindus, this ritual is also considered important and is prepared for in advance. Usually, this ritual takes place after Sunset, and all members of the family are present during it.

To a foreigner or an outsider, it may appear a complex ritualistic ceremony, and the meticulousness with which it is performed may give the impression as if it is another set of superstitious religious practices. In reality, it is just an expression of devotion and gratitude of the family to the almighty Lord of universe, with rituals serving as a means to express their sincerity, and the Goddess Lakshmi being the form of the Lord in which prosperity is usually seen in a family - as the lady of the house who takes care of every member of family, whose stores of food, dishes, and riches never dry, and who is always there to take care of the family's finances, wealth and needs.

Hinduism is one of the few religious streams of philosophy where god is perceived as much in the female form, as the male one. The reason maybe the fact that even though the family is headed by a male, the most respected person in every Indian family is the mother, a female.

Cleanliness & Household Rejuvenation are the Prerequisite

Lakshmi is said to leave places that are shabby and not clean, hence it is traditional for people to clean, whitewash and renovate their houses prior to Diwali. On the day of Diwali, the pooja is performed either in the 'pooja-ghar', the specially kept room for worship and meditation (when there is one), or else one of the rooms or lobbies is cleaned to make space for this pooja. Often the place is decorated with rangolis (traditional Indian floor painting) and religious symbols like 'Om' (representing Lord of universe) are painted. Pictures and idols of Goddess Lakshmi, Lord Ganesh and other deities are placed together. There is no particular order or group of deities that need to be placed, not a bar on any deity that cannot be placed there, for the simple reason that all of them are only different forms or faces of the same Lord. In fact they represent the different forms in which god is perceived by humans from time to time.

Every Hindu 'pooja' or worship has some basic elements and all the rituals are just another way to perform them. These elements are 'dhyan', 'namaskar', 'tilak'. 'aarti' and 'prasad'. Dhyan means meditation. Before the rituals begin, all family members sit and focus on their feelings toward the Lord, the past year and the year ahead. It is a process of self realization of what they have got or what they have been granted by the Lord, seen in the form of Goddess Lakshmi, and feeling grateful for the same. Namaskar is the expression of this gratitude, performed by folded hands, both palms touching each other along with bowing of the Head, as a sign of devotion and humbleness before the Lord. Often people bow their head to touch it on the floor to express their extreme devotion. Tilak is putting red paste prepared from turmeric, alone or mixed with lime, on the forehead of the idols and pictures of the deities as a sign of their greatness.

This is followed by aarti or religious poems which are sung together by all those present in the pooja. There is no particular aarti that is mandatory, so one can resort to any aarti one likes, though in a Lakshmi pooja, one would expect to have at least one aarti of Goddess Lakshmi. The last is prasad or food that has been already offered to god. In India, it has been a ritual since ancient times to first offer the food to god, and then only eat it with a feeling that it is a present from the Lord and that one is lucky to have this present. It is also a tradition that prasad should not be eaten alone; it must be shared with everybody present at the place, and without greed. When the pooja is performed in a temple, the offerings or the prasad is distributed to all those present even if most of them are strangers. It is because of this tradition that the Hindu temples are often surrounded by destitute who know that they will always get something to eat there.

There are certain special aspects of Lakshmi pooja on Diwali. First is that the ritual begins with worship of Lord Ganesh. In fact, it is traditional among most Hindus to begin every auspicious event or activity with a prayer of Lord Ganesh. This practice has its roots in mythology wherein it is said that a work begun with the name of Lord Ganesh is more likely to be successful. Second is the act of putting a tilak of household articles. Diwali being a festival of prosperity, the precious articles and those associated with kitchen are subjected to a tilak to mark their importance in the household. Some people also place a tilak on weapons like guns, or appliances, machines etc which play a crucial role in their livelihood and survival. The last important aspect is lighting of 'diya' (also called deepak) - the earthen lamps filled with vegetable oil at the end of the pooja. These lamps are then placed all around the house.

Thus, there are many rituals, but there is virtually no rigidity. In fact every household performs the pooja in its own way. Some do it in the same way for years and decades to make the rituals traditional, others change it every year. The basic contents remain the same. 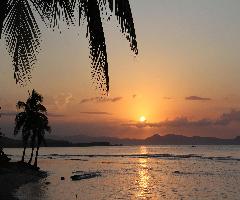