The History of Vande Mataram

Vande Mataram and its history 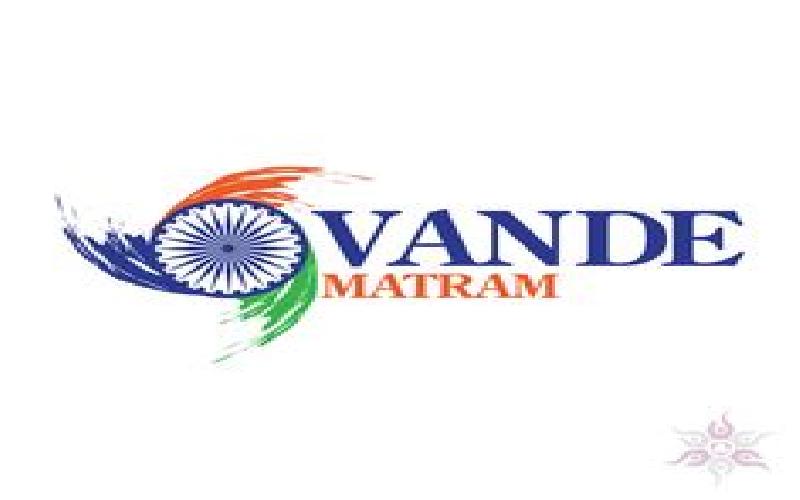 Vandemataram is the national song of India. Read a brief history of the song here.

Vandemataram is honoured as the national song of India. It has an important status, equal to that of Jana Gana Mana, the national anthem of the country.

Vandemataram was written by Bengali writer Bankim Chandra Chatterjee on 7 November 1875. He wrote it to fill the place in his own magazine Bangadarsan. The words used in the song were of Sanskrit and Bengali. He also included it in his novel, Ananthmath, which was published in Bangadarsan in chapters from 1880 to 1882. The novel revolves around the Hindu priests who protest against Siraj ud Daula, who ruled Bengal in 18th century.

Vandemataram has been portrayed to be sung by one of the characters in the novel, Bhavanand.

At the Calcutta conference of Indian National Congress in 1896, Rabindranath Tagore sang Vandemataram. In 1905, a meeting was conducted at Calcutta town hall to protest against the partition of Bengal by Lord Curzon. About 40,000 people took part in the meeting and all of them sang Vandemataram there. Lord Curzon had ordered the police to arrest anyone who sang the song.

Later, singing the first two stanzas of Vandemataram became a routine of the Congress meetings. It gradually became an anthem for the freedom fighters. When Madam Bhikaji Kama raised the tricolour flag for the first time in Berlin, the word Vademataram had been written on it. Netaji Subhas Chandra Bose accepted Vandemataram as the parade song of his Azad Hind Fauj as well.

Contorversies went hand in hand with the popularity of the song too. A major part of Muslims didn't accept Vandemataram because of the part where Hindu godess Durga is praised. Muhammadali Jinna pointed out the religious shade of the song after he quit Congress. Rabindranath Tagore had also opined that assuming the nation as Durga would not be accepted by other religions.

In the 1937 Congress conference at Calcutta, a committee composed of Jawaharlal Nehru, Gandhiji, Subhas Chandra Bose and Maulana Abdul Kalam Azad was formed to study about the controversies surrounding the song. The committee reported that the first two stanzas were eligible to be sung in public events as they didn't contain any religious references.

On the Independence eve, the famous speech of Nehru was preceded by the singing of Vandemataram under the leadership of Sucheta Kripalani. The constituent assembly decided to give the song the title of 'national song' and consider it equal to the national anthem. Dr. Rajendra Prasad, the chairman of constituent assembly declared the decision on 24 January 1950.

TAGS : indian history national song vandemataram indian freedom
Let us know how you like this article. Like it and Rate it below.
680 0
0
Thanks for rating this article
0 stars - by 0 user(s)

A Brief History Of Nalanda University

Nalanda was one of the prominent universities in Ancient India. Read a brief history of the institute here..