Flying by Qatar Airlines from the Middle East 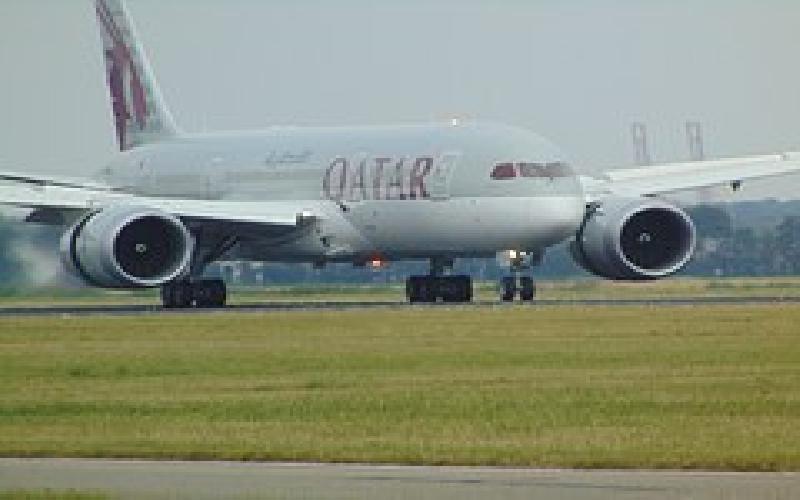 Qatar airways are the official airline of the state of Qatar a country in the Gulf region of the Middle East. The airline has been voted as the World’s Best Airline again this year. Qatar airways fly to India, Europe and the USA. It has a vibrant and young air fleet and has now inducted the Boeing 787 Dream liner

The air line was founded in 1993 and commenced operations on 20 January 1994. It has a total fleet of 113 aircraft and is expanding with geometric progression with a further order of 179 machines. The company is owned by the government of Qatar and has its headquarters at Doha.

It was voted the Airline of the Year 2012 at the Skytrax World Airline awards.

The airline is synonymous with air travel and flies to over 100 destinations carrying passengers and airfreight. It has the distinction of flying to all the 6 continents.  Qatar airways has a distinct brand, though it has entered into code sharing arrangements with other airlines like Middle East Airlines, US Airways, Malaysia Airlines, Asiana Airlines, Philippine Airlines and All Nippon Airways.

The airline is the last word in luxury travel and is rated a 5 star airline. The airline has a privilege club which gives exclusive benefits like flight upgrade and extra baggage allowance. It also allows online check-in anytime between 36 and 2 hours prior to the flight.

Qatar airways use the brand new Boeing 777 freighters for cargo operations. Qatar airways accept cargo to all their destinations with a single stop delivery. Their watchword is reliability.

Qatar Airways tickets can be booked on line from any destination /place in the world. The booking is processed in real time and the customer is informed of hid status within seconds of logging in. Refunds are processed in a timely manner. In case for any reason you wish to cancel your ticket the cost price of the ticket if purchased through credit card is refunded to the card company within 7 days of receiving the request. In case you have made a purchase in cash, check or other forms the refund will be made within 20 days from the date of request,

In case your baggage is lost for any reason the airline will refund you the money for your baggage as per the Montreal convention. All refund requests must be made on an appropriate form duly filled up and signed.

The airline flies to over 100 destinations spread over 6 continents.  It flies passengers and cargo to all 6 continents. The tickets have a validity of one year. All taxes as levied by any government will be paid for by the passenger. No animal other than a dog is permitted in the  passenger cabin.

The site offers limited guarantee for its services. In case a flight is cancelled the passenger is entitled to  travel on another flight or avail a refund. In case a passenger becomes sick on the date of travel the airline will extend the validity of the ticket till the passenger recovers .Loss of luggage is covered by the Montreal convention. In addition loss of life in an air accident is also covered as per international rules. The company will abide by the  Warsaw Convention 1929 as amended by the Hague convention 1955.

The site has a vibrant customer service that is available on a 24 hour basis.

The feedback about the airline is good. It has an accident free service except for an airbus lost in an hanger fire at Dubai The excellent feedback has resulted in the airline bagging the 2012 best Air Line Award at the Skytrax world

TAGS : airline Qatar airways Flying Qatar Middleast aviation
Let us know how you like this article. Like it and Rate it below.
291 0
0
Thanks for rating this article
0 stars - by 0 user(s)

Mandarmani Beach Is The Best Beach Of Eastern India

Till now Mandarmani beach is a virgin beach. Other than yellow stretch of sands, blue sky and blue sea waters there are no other structures.