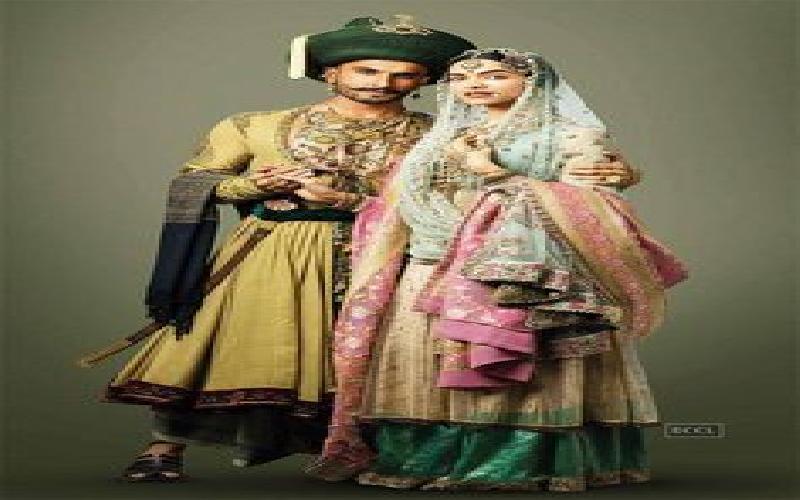 Bajirao Mastani had won majority of awards including Filmfare Awards in 2016. But it is sad to gain popularity, the historical facts relating to life of Kashibai, Baji Rao 1 and Mastani were distorted to huge extent.

In the film Baji Rao Mastani historical facts were distorted.

Baji Rao Mastani had received the majority of awards in Filmfare 2016 and other awards. But if the history of Peshwa Baji Rao is studied it will be seen that many facts had been distorted in the film.

It is a tragedy in India, that whenever directors create films with historical characters and totally differ from the original historical happenings they are considered great. It has happened with Bajirao Mastani.

Firstly the character of Kashi Bai which was played by Priyanka Chopra had been larger than life and absurt in the film and very different from history.  Firstly Kashi Bai had certain form of arthritis in her legs and for those reasons for most part of her life remained in bed. So for most part of her life it was not possible to have normal movement.  But in the film she was not only shown to be a normal woman, but beyond that she was shown to be a competitior and rival of Mastani. At the end of the film in the song “pinga” she was shown to dance with Deepika Padukone in the Courtyard.

For historians it is very painful and pathetic. For the heirs of Kashi Bai it is even more insulting.

Kashibai and Baji Rao’s son Balaji Raji Rao also known as Nanasahib was born in 1721 and he succeeded to the throne after the death of Baji Rao 1.

As far as Bajirao Ballar was concerned, he was a very skillful warrier. In fact in his 40 years of lifespan he hardly lost any battle. He was a peshwa meaning Prime Minister of the Kingdom of Marathas with the capital at Pune. In the film excepting the first battle defending the kingdom of Bundelkhand, his fighting characteristics and warfare skills were not depicted in the film.

In the film the bravery of Peshwa Baji Rao played by Ranveer Singh, found some space but the romantic life of Baji Rao found more space. The only reason of Peshwa Baji Rao using his troops and helping the kingdom of Bundelkhand against muslim intruders was consolidation of Hindu kings in Central and western India. The pathan Mohammad Khan Banghaz invaded Chattrasal’s kingdom 1727-28. Chatrapal send secret message to Baji Rao 1 to help him against the Pathan army. Baji Rao came with his troops and won the battle against the Pathans. Royal gifts and kingdom of Jhansi, Kalpi and Sagar was given to Baji Rao in return of the battle was over.  At that time Mastani came to Pune, as she was emotionally attached to Baji Rao 1.

In the film, none of Baji Rao’s early conquests before the battle against Mohammad Khan Banghaz was shown. He fought many battles between 1721 and 1727. These were the battles where his skills as a soldier was manifested. He had the capability of reaching the battlefield faster with his troops than others. So in many cases the enemies were half-prepared when he entered the battlefield.

Baji Rao’s attention towards Mastani and ignorance of Kashi Bai led to the anger of his mother Radhabai. Bajirao’s brother Chimnaji Appa, tried to send Mastani into exile. Baji Rao’s son, Balaji, also tried to coerce Mastani into leaving his father. But she refused to do so. Balaji later had Mastani placed under house arrest when Baji Rao was under military campaign.  Mastani lived with Baji Rao 1 in the palace Shaniwar Wada in Pune.  Due to intolerance of the family towards Mastani, later Baji Rao later made a separate residence at Kothrud in 1737.

As far as the death of Baji Rao Peshwa was concerned, he died on 20th April, 1740, due to high fever and heat stroke while inspecting his jagirs. He was with his troops in Khargone, near the city of Indore. On 28th April, he was cremated in Raverkhedi, on the river Narmada. In the film unnecessarily the death was made melodramatic, as if Baji Rao was singh soldiers on the other side of the river as hallucination and his love for Mastani had taken his life so that both Baji Rao and Mastani could meet each other in heaven.

As far as Deepika Padukone is concerned, her get up and features has no similarity with Mastani. The image of Mastani as depicted by Historians is totally different from that of Deepika Padukone. Mastani was born from a Rajput father, Chatrasal of Bundelkhand and a muslim mother, Ruhaani Bai. Deepika Padukone hardly has Rajput features or Nawabi features.

Baji Rao and Mastani had a son named Krishna Rao at birth. As Mastani had muslim origin, the priests refused to do upanayana for the son named Krishna Rao. Krishna Rao was brought up as a muslim and named Shamsher Bahadur. Kashibai took the son, and reared him up like her own son. The son was granted two of the dominions of Baji Rao namely Banda and Kalpi. In 1761, he fought in the 3rd battle of Panipat against the Afghans and died in the battle.

The only thing which is appreciable in the film is the music. The songs were good and had religious bent of mind. But again the royal costumes that were used in the film were very different from the ones wore by the Peshwas or the Maratha Royal families.

There are many historical films made in the past in Bollywood. M Sadiq made the film Taj Mahal in 1963 with Pradip Kumar playing Shahjahan and Bina Rai playing Mumtaz Mahal. For getting appreciation M Sadiq was not required to distort facts.

It is not encourageable for directors to go away from the original history. If they do so, under Indian circumstances the heirs of the characters displayed cannot find truth relating to the story

TAGS : Bajirao Mastani Baji Rao 1 Mastani Deepika Padukone Ranveer Singh Priyanka Chopra
Let us know how you like this article. Like it and Rate it below.
680 1
0
Thanks for rating this article
0 stars - by 0 user(s) 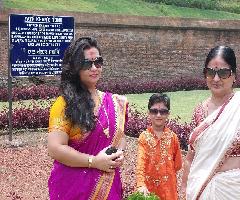