The Act of Jauhar; Ritual Death by Burning 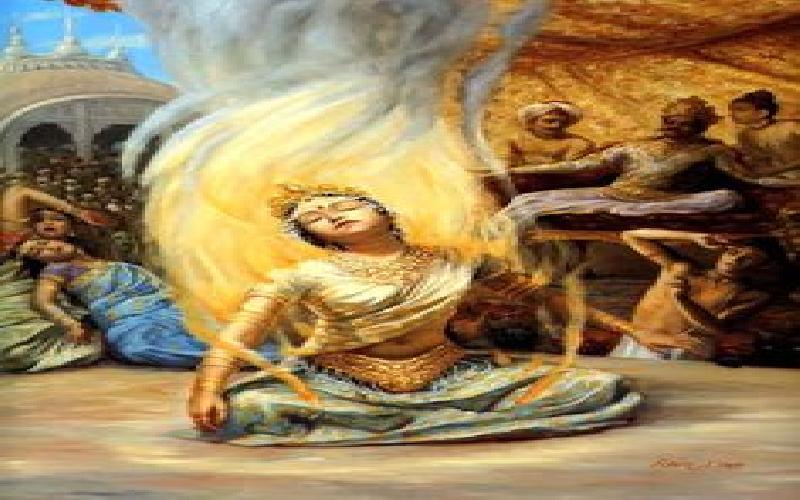 The act of Jauhar was faced by rajput women. Instead of consuming poison they preferred burying themselves. Read the article to know about this ritual in detail.

The Moslems entered India around the eighth and ninth century and in about 200 years, they consolidated themselves and seized power in North India. The brunt of the onslought of the Moslems was faced by the Rajputs. They were certainly a warrior clan, but they were never united and a significant section of their kinsmen invariably sided with the enemy  result ing in their defeat.

What is Jauhar ?
These defeats played on the psyche of the Rajputs and the tales of Moslem kings and generals carrying away Hindu Rajput girls for pleasure and part of their harem, steeled them to do the impossible. Thus the concept of jauhar or ritual death by burning was adopted by the Rajput women to escape falling into the hands of the Moslems. The method of death by burning, was also chosen with the specific aim to ensure that their bodies were not burried by the Moslems later.
Acts of Jauhar
One of the most famous acts of Jauhar was when Akbar invaded and laid seige to the fortress of Chittor. The Rajputs inside the fortress put up a stiff resistance and the Mughal army under Akbar could make little headway.This was in 1566.

But providence took a hand as the Rajput General, Jai Singh was felled by a musket shot and died. The Moghal army now stormed the fortress,but as they entered they saw massive fires emanating from all over the fortress. It is a fact of history that 3000 Rajput women burned themselves to death, to escape capture by the Moslems.
Earlier also during the battles against Allauddin, the beautiful queen Padmini and the ladies of her entourge committed Jauhar to escape falling into the hands of the Moslems. Thus Allauddin Khilji , who greatly desired Padmini, lost out as all he could lay his hands on were the ashes of the queen.
Jauhar as a negative Concept
The act of jauhar has been given a romantic connotation by many poets and writers. While committing jauhar , the Rajput women dressed themselves in all their finery and jewellry and then set themselves on fire , while their men folk all left to battle the Moslems unto death. But now when we examine the act of Jauhar, it shows that in effect it was a negative concept. An idea that all is lost and hence it's better to die. The will to live and fight again or retreat to fight another day was sadly absent.
Luckily the act of jauhar died down and the Rajputs made peace with the Mughals. This was a one sided pact and resulted in their girls becoming part of the Moslem harems. The concept of Jauhar however was peculiar only among the Rajputs and other communities never accepted it. But now after almost 600 years we can examine the act of jauhar. It was a terrible act, but perhaps something better than death by burning could have been devised. maybe some women could have shouldered arms like the Rani of Jhansi. The act of jauhar, which was an extension of the act of Sati has rightly been confined to the dust bin of history.

TAGS : Jauhar ritual death by burning act of jauhar rajput girls
Let us know how you like this article. Like it and Rate it below.
622 0
0
Thanks for rating this article
0 stars - by 0 user(s)

Frederick William Hohenzollern was the Elector of Brandenburg and became Duke of Prussia. .