The Young Hero who comes from Bicol Region

Bicolanos in our nation's history 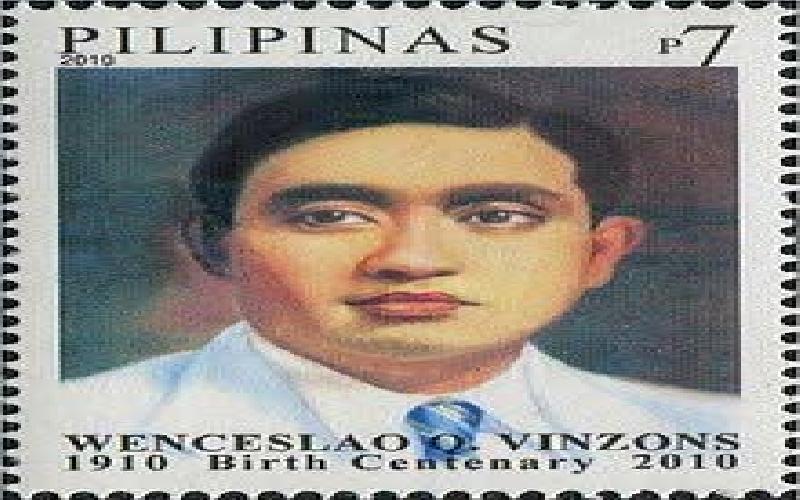 Do you know the young lawyer and a local government official who was Bicol Region's most famous hero because of his bravery and intellectual prowess which he showed when the Japanese invaded the Philippines during the 2nd World War?

He was born on September 28, 1910 in Indan (now called Vinsons) in Camarines Norte, Wenceslao Quinito Vinzons becomes the youngest member of the delegation to the 1935 Constitutional Convention at the age of 24. He is also the youngest person who signed the new Constitution of the Philippines.

Vinzons finishes the Law Degree at the University of the Philippines College of Law on 1932. He was also the top 3 in the Bar Examination in the succeeding year.

At the age of 29, Vinzons was elected as the Governor of Camarines Norte on 1940. He also won the a seat as a representative of the province being the Assemblyman in the next year. But Vinzons did not totally perform his duty as an Assemblyman because of the World War which broke on 1941 wherein the country was invaded by the Japanese Empire.

Because of this, Vinzons was one of the pioneers who founded the group of guerilla in Bicol Region to fight againt the Japanese. Vinzons guerilla group had made many successful operations in the Bicol Region area which resulted to the death of many Japanese soldiers who were stationed in the area.

As a result of this, Vinzons becomes the number 1 in the order of battle of the Japanese soldiers.

Despite the effort and heated pursue of the Japanese Army, Vinzons was never captured. But because of a treachery of a former guerilla, Hinzons was cornered and captured on July 8, 1942. He was imprisoned in the Japanese garrison in Daet in Camarines Norte. Vinzons alledgely forced to make an oath of support to the foreign invaders and were forced to pinpoint all of his comrades in the guerilla movement in return for his freedom and life.

But Vinzons ideals and love for the country did not fall to the hands of the enemy. This resulted to the summary execution of Vinzons by stabbing him with a bayonet.

Because of his heroism, the town of Indan, Camarines Norte where he was born, was renamed after him. An building at the University of the Philippines in Diliman, Quezon City was also named after this Bicolandia Hero – we now know this as the Vinzons Hall.

TAGS : Wenceslao Quinito Vinzons Assemblyman Vinzons guerilla group Japanese Army Vinzons Hall guerilla movement 1935 Constitutional Convention
Let us know how you like this article. Like it and Rate it below.
1.42K 1
0
Thanks for rating this article
0 stars - by 0 user(s)

Napoleon Bonaparte is one of the greatest generals of war the world has ever seen. Read his biography here..