What Aurangzeb told his Teacher for Not Educating Him Properly 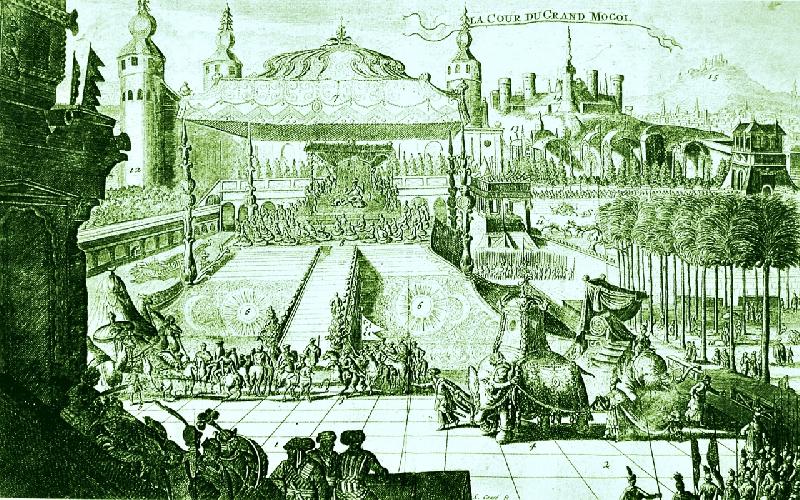 Francois Bernier, a French physician attached to Mogul Court, has recorded how Aurangzeb, reprimanded his childhood tutor for not teaching him properly. He was particularly furious for his sycophantic undermining of foreign powers and for wasting a large part of his precious study time in learning Arabic, which was of no real use to Aurangzeb. A must read for all historians and educationists.

Aurangzeb, who occupied the Mogul Throne in Delhi in the seventeenth century, reigned over one of the most prosperous Empires in the history of World. During his lifetime, he expanded the territory of his Empire to make it the largest in Indian history since the days of Ashoka, and yet it was largely his failures that led to the destruction and disintegration of the Mogul Empire soon after his death. If there is one clear trait in his otherwise misguided personality, it was his tendency to speak frankly and do what he believed in, even in situations where most others would prefer to be polite and restrained.

One such interesting incidence happened in the later 1650s, when Mullah Saleh, an old teacher of Aurangzeb, who had been extensively involved in Aurangzeb’s education in his younger days, and had since been living in Kabul, arrived at his Court to seek some favors from him. This incident has been recorded by Francois Bernier, who was a French physician and traveler, and was attached with the Mogul Court in Aurangzeb’s time for about 12 years, from 1656 to 1668. His observations are recorded in a book titled Travels in the Mogul Empire A.D. 1656-1668 that he wrote while in India, and is considered one of the important sources of Indian history of that period.

Bernier has recorded that initially, Aurangzeb did not pay much attention to his teacher.

However, when he continued to make efforts to attract his attention and even approached the Mogul Princess and Aurangzeb’s sister, Roshan Ara Begum for this purpose, he was finally granted a meeting by Aurangzeb in a secluded apartment, where only a few of his close aides were present. There, what Aurangzeb told him can be considered a classic piece of literature relating to how an Indian Emperor of those times would have liked himself to be taught, trained and prepared for the enormous task of governing India, and how he felt having been let down by his teachers.

While expressing his anguish and frustration at the failure of his teacher in properly educating him, Aurangzeb particularly referred to some of the teacher’s mistakes.

Inadequate Exposure about Other Nations

One of the primary grievances of Aurangzeb against his teacher was that he failed in properly educating him about the rest of the world, especially the European nations, their strengths and weaknesses and how they objectively compared with India in terms of their warfare capacity and techniques. This is what he had to say on this account (as recorded by Bernier):

“You taught me that the whole of Franguistan (Europe) was no more than some in-considerable island, of which the most powerful Monarch was formerly the King of Portugal, then he of Holland, and afterward the King of England. In regard to the other sovereigns of Franguistan, such as the King of France and him of Andalusia, you told me they resembled our petty Rajas, and that the potentates of Hindoustan (India) eclipsed the glory of all other kings ; that they alone were Humayons, Ekbars, Jehan-Guyres, or Chah-Jehans ; the Happy, the Great, the Conquerors of the World, and the Kings of the World ; and that Persia, Usbec, Kachguer, Tartary, and Catay, Pegu, Siam, China and Matchine,  trembled at the name of the Kings of the Indies. Admirable geographer ! deeply read historian ! Was it not incumbent upon my preceptor to make me acquainted with the distinguishing features of every nation of the earth ; its resources and strength ; its mode of warfare, its manners, religion, form of government, and wherein its interests principally consist ; and, by a regular course of historical reading, to render me familiar with the origin of States, their progress and decline ; the events, accidents, or errors, owing to which such great changes and mighty revolutions, have been effected ?”

It is interesting to note that during Aurangzeb’s time, several European trading companies, each a monopoly owned by a European State, were actively involved in trading in India, had established small settlements in India and were also beginning to get involved in Indian politics. It seems that Aurangzeb may have been intrigued by them and his lack of awareness about these nations disturbed him. Perhaps, he was not sure how much to trust them, and whether they could be a threat to his Empire one day. May be, a more well educated Emperor would have been able to foresee the dangers posed by them, and could have enabled appropriate safeguards like restricting their ability to import and accumulate armed men and material on Indian territory. Had it happened, the destiny of South Asia may have been very different today.

Inadequate Teaching about his Ancestors who Established the Mogul Empire

Aurangzeb complained to his teacher about not properly acquainting him with history of mankind and the methods and approaches of his great ancestors like Akbar and Jahangir, in the following words:

“Far from having imparted to me a profound and comprehensive knowledge of the history of mankind, scarcely did I learn from you the names of my ancestors, the renowned founders of this empire. You kept me in total ignorance of their lives, of the events which preceded, and the extraordinary talents that enabled them to achieve, their extensive conquests.”

This regret on Aurangzeb’s part actually explains to a great extent as to why he deviated so much from the path of religious harmony between Hindus and Muslims that has been the hallmark of the policies of Akbar and Jahangir and led to the establishment of a strong Mogul Empire. It seems possible that Mullah Saleh, in his zeal to make the young Prince devoted to a fanatic and intolerant version of Islam, may have purposefully avoided sharing those approaches of religious harmony, tolerance and humanitarian values adopted by Aurangzeb’s ancestors that laid the foundation of the great Mogul Empire.

Had this not happened and had Aurangzeb learnt the methods of his ancestors, perhaps, the history might have witnessed a different Aurangzeb, who may not have destroyed his own Empire by his religious fanaticism.

Wastage of Precious Time in mastering Arabic, which proved to be of no use to the Emperor

Another grievance of Aurangzeb was that his teacher wasted too much of his learning time in developing proficiency in Arabic, a foreign language, that was neither the language of the Indian people, nor was of any other real use for the Emperor. He rues the fact that the time wasted in it could have been utilized by him in learning so many other “important subjects” that are appropriate for a Prince. This is what he said:

“A familiarity with the languages of surrounding nations may be indispensable in a King ; but you would teach me to read and write Arabic ; doubtless conceiving that you placed me under an everlasting obligation for sacrificing so large a portion of time to the study of a language wherein no one can hope to become proficient without ten or twelve years of close application. Forgetting how many important subjects ought to be embraced in the education of a Prince, you acted as if it were chiefly necessary that he should possess great skill in grammar, and such knowledge as belongs to a Doctor of law; and thus did you waste the precious hours of my youth in the dry, unprofitable, and never-ending task of learning words !..

... Can we repeat our prayers, or acquire a knowledge of law and of the sciences, only through the medium of Arabic ? May not our devotions be offered up as acceptably, and solid information communicated as easily, in our mother tongue ?”

One can sympathize with Aurangzeb for having had to waste precious years of his youth learning an alien language that he neither had an opportunity to speak nor was of any other use to him. For an ardent Islamic fanatic like him, who never touched alcohol and religiously followed its instructions, to question why Arabic must be the language of his prayers and why can’t one offer his prayers or be educated in his mother tongue, surprisingly resonates with the views of more liberal minded, and give us some rare insights about his psyche.

Not Teaching about the Philosophy of Governance

It seems he felt a lack of philosophical depth in his education, when he uttered the following words to the Mullah:

“If you had taught me that philosophy which adapts the mind to reason, and will not suffer it to rest satisfied with anything short of the most solid arguments ; if you had inculcated lessons which elevate the soul and fortify it against the assaults of fortune, tending to produce that enviable equanimity which is neither insolently elated by prosperity, nor basely depressed by adversity ; if you had made me acquainted with the nature of man ; accustomed me always to refer to first principles, and given me a sublime and adequate conception of the universe, and of the order and regular motion of its parts; if such, I say, had been the nature of the philosophy imbibed under your tuition, I should be more indebted to you than Alexander was to Aristotle, and should consider it my duty to bestow a very different reward on you than Aristotle received from that Prince. Answer me, sycophant, ought you not to have instructed me on one point at least, so essential to be known by a King ; namely, on the reciprocal duties between the sovereign and his subjects ?”

This regret of Aurangzeb seem to be derived from his own experiences in governing his vast Empire, and his ignorance about the basic tenets, philosophies and arts that are crucial for this purpose. His criticism, in fact, should be a reminder to all public policy experts even today. Governance or self-governance, as it is in a democracy, requires knowledge and mastery over several subjects, and the inability of a nation to build those capacities in its governing executive can permanently cripple that nation!

Aurangzeb remains an intriguing personality in the Indian history. The manner in which he lost the trust of his subjects, which was built with great wisdom by Akbar, easily makes it one of the best case studies of nation building failures in history. His inadequacies cost India dear, and by making India susceptible to British dominance, which happened in less than a century after his death, his failures continue to haunt every South Asian inhabitant even today.

From his reprimand to his teacher, we get a glimpse of what went wrong in his life as a student, and the catastrophic consequences thereof. We also get a chance to learn from them!