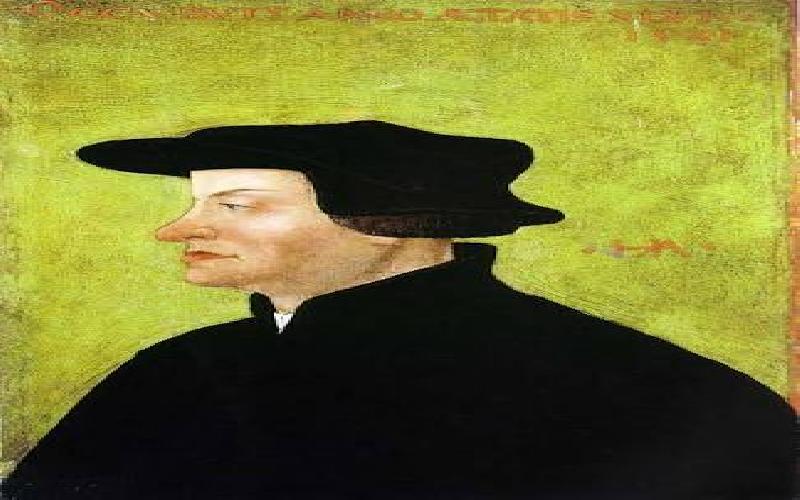 Zwingli believed that the Reformation needed to go further than Martin Luther was prepared to go.

Ulrich Zwingli was born in 1484 in Switzerland and went on to go to university and then enter the priesthood.  Whilst in the clergy Zwingli came to the conclusion that the Roman Catholic Church was in dire need of reform, and later saw the need to break away from the Papacy as the latter would never permit such reforms.

Zwingli was appointed to the position of People's Preacher in Zurich, a post he would use to promote radical reform from.  As a young man his already existent conviction that the Church needed to be drastically reformed was given added impetus as a consequence of the outbreak of the Protestant Reformation in the nearby Holy Roman Empire.  Martin Luther and some of the German states were given him examples of how to use secular authorities to carry out religious reforms.

Martin Luther might have provided Zwingli with the example of how to carry out religious reforms with the assistance of the secular authorities yet he wanted more radical changes than his more famous Saxon counterpart.  Luther was always weary of using radicalism to further changes whilst Zwingli positively embraced it.  Besides removing all the vestiges of Roman Catholicism he considered surplus in Zurich, Zwingli also found time to have numerous theological arguments with Martin Luther as well as other Protestant Reformers.

The Reformation that Zwingli introduced and completed in Zurich was a far- ranging one.  Unlike Luther the religious policies of Zwingli were radical in terms of stripping the city's churches of Roman Catholic rituals and vestiges.  Lutheran churches had largely retained their previous ornate decor. In contrast the churches of Zurich became plain and whitewashed without ornate statues and elaborate stained glass windows.  Religious ceremonies were also plainer, and in the vernacular instead of being in Latin.

During the 1520s attempts were made by moderate reformers to persuade Luther and Zwingli to patch up their differences in order to resist the efforts of the Roman Catholic church to crush the Protestant Reformation.  The two men actually met at the Colloquy of Marburg in 1529 yet were unable to reach agreement over whether or not the Eucharist was purely memorial instead of involving a real presence of Jesus Christ.  The failure of the two most important Protestant Reformers to form an alliance proved costly to Zwingli as he lacked the military support that Luther was able to rely upon.

The spread of Protestantism was not popular throughout the entire Swiss Confederacy, and it led to a brief yet bloody civil war.  Zwingli himself did not flinch at the prospect of joining in the fighting.  Indeed he perished with most of his supporters when the Protestant forces of Zurich were defeated by the Roman Catholic cantons in 1531.  Swiss Protestantism did not die with Zwingli at the Battle of Kappel yet it entered a period of decline until John Calvin took over the Reformation in Geneva.

TAGS : Ulrich Zwingli Protestantism radical Swiss Reformer Reformation Martin Luther
Let us know how you like this article. Like it and Rate it below.
271 0
0
Thanks for rating this article
0 stars - by 0 user(s)