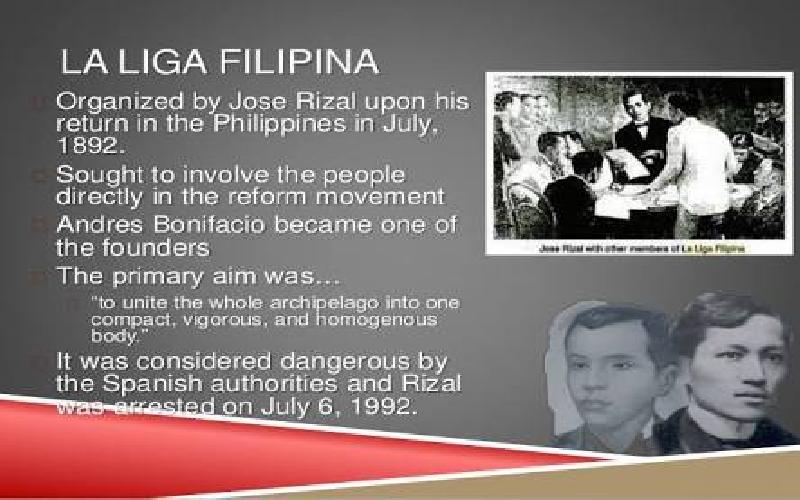 When Dr. Jose Rizal finished and printed his two novels (Noli Me Tagere & El Filibusterismo), he went to Hong Kong to meet his other siblings Paciano, Lucia, Josefa, and Trinidad along with his parents. And on June 26, 1892, Rizal went back to the Philippines because of the Spanish Governments’ promise that they will not harass him anymore.

On the night of July 3, 1892, Jose Rizal founded the La Liga Filipina in the house of Doroteo Ong-Juco which is located in Calle Ilaya in Tondo, Manila. The new group of Filipino Reformist were mainly belongs to the Filipino Middle Class and the Filipino Professionals. It is believed that Andres Bonifacio was also on that gathering and was only considered as an observer in the first and last meeting of the group.

According to its by-laws, the new Reformist Group, La Liga Filipina aims to:

The motto of La Liga Filipina is “Unus instar omnium” or “one like the others”. Its officials were composed of Ambrosio Salvador (president), Agustin dela Rosa (fiscal), Bonifacio Arellano (treasurer), and Deodato Arellano (secretary).

La Liga Filipina is a civic movement and also aims to create a Supreme Council for the whole country. A Provincial Council intended for each of the provinces and a Popular Council for each municipalities. All of the Filipinos who adhere and love their country can become a member of the movement.

But when the Spanish Government begun to suspect that the La Liga Filipina is a revolutionary group, they arrested Rizal on July 6 and was imprisoned in Fort Santiago.

And on July 7,1892, Rizal was deported to Dapitan, Mindanao as per commanded by Governor Despujol. And because of this, the La Liga Filipina was disbanded.

The Reformists Movement in the country fail in their goal. It did not achieve the reform they wanted from the Spanish Government. Their own personal problem such as illness and money for their own needs had added to the overall needs and problem of the group. They was not able to sustain the funds needed for the printing and distribution of the La Solidaridad. Lopez Jaena died as well as Panganiban. There will to continue collapses when Rizal was deported to Dapitan, and many of them parted with each other because of the hostile attitude towards each other.

And when Marcelo H. Del Pilar died on 1896, they had lost their leadership. The peaceful way of reforming the country failed to achieve its goal.

Thus, a new revolutionary group continue the struggle that was left by the Reformists Movement, believing that the only way to achieve the true reform is thru the revolution and the use of arm conflict.

TAGS : Filipino Reformist Movement Jose Rizal and La Liga Filipina Spanish Goverment
Let us know how you like this article. Like it and Rate it below.
3.97K 0
0
Thanks for rating this article
0 stars - by 0 user(s)

Comparing Kodaikanal The Gift Of The Forest With Gentin

The article compares the beautiful landscape of Kodaikanal with that of Genting Highlands. While one is in India and the other in Malaysia both have their own natural diversity.. 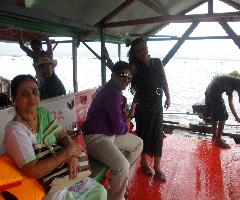 Manipur is called the Switzerland of the East. The blue Himalayan ranges, the beautiful Loktak Lake which is the largest fresh water lake of North East India, the Sandra Island, the Keibul National Park have huge natural treasures which amaze visitors..