Greece the country of democracy, philosphy, art, and natural beauties

Greece is the country of natural beauties with a rich past of history, philosphy and culture

Have you thought of traveling to Greece this year? Whereever you are, either in a continental country withour sea or in a country with sea, Greece deserves to be visited at least once..

You will have the chance of seeing new places, in continental Greece with rivers and mountains but mostly its wonderful islands that cover each taste, for natural beauty (sea and seasides), food, night life and culture also.

Democracy and philosophy as well as Art flourished in Greece since ancient years. If you visit its capital Athens you will be able to see Acropolis and Parthenon dedcated to goddess Athina, in 6th century B.C. Thus 30 years had been enough for the governors of that time the couple Periclees and Aspasia, to restore Athens, a city state, (like also Sparta, Corinth) etc, and develop it financially and in view of arts.

Continental Greece is nice in spring, automn and even winter. There are many cities and towns, like the city Thessaloniki, the second capital in the north (departmen tMacedonia) and other departments, like Thessalia, Peloponese, Thrace, etc, with nice countryside, rainy forests and a lot of green and rivers across these areas, where you can also visit monasteries, churches from the old era, of many built some centuries ago, and eat the traditional food that mostly consists of meat, all kind sof meat, cheese and drink the local wonderful wine.

Greece has also many islands, big or small ones where you can go and enjoy your summer holidays. Crete is its first biggest island, with nice big harbor, industrial city Heraklion with big airport, and nice seaside, included the traditional dance and songs of the island.

Also Corfou in Ionean Sea, east of Italy, along with Lefkas and Zakynthos, the green sea islands. There are nice hotels,or bangalows, and the sea is magic being half green, half blue, and you will be able to pass unforgetable days there; your holidays there will seem too short.

Also other islands equally tourist ones, like Mykonos with its famous night life and bars and mills, along with Santorine, with the ''golden sand''..

Kos and Rhodes are also very crowded islands, where you can go by Charter flight,having booked room in hotel early in the year to find space.

These two are also famous for night life, cafes, restaurants and culture from the Middle Age, if you also want to be informed on their history. Other islands are Paros, Naxos, Tinos, with its Church of Virgin Maria, recommended for pilgrims.

In the North Aegean Sea you can go to the beautiful interested islands Lesbos opposite to Turkey, Chios the birth place of ancient poet Homer, Lymnos with its nice harbor, and Samos with its entirely green countryside.

(We'll talk separetely in a next article about Lesbos, which is the third island of Greece, in population and extension after Crete and Evia)

You can everywhere have nice sea for swimming, nice Greek cooking, and mainly a variety of fish, and the amusing Greek traditional music..

So, choose Greece as your travel destination this year, or next year. There are afforrdable tickets from everywhere you live, or choose a charter flight if you are somewhere in Europe..

TAGS : Greece-islands nice food night life-fish-dance-Greek traditional music-wonderful countryside
Let us know how you like this article. Like it and Rate it below.
174 0
0
Thanks for rating this article
0 stars - by 0 user(s)

I have studied French Literature in Athens University and Elearning in the Open University,. I have written round 200 articles so far in French and Spanish also apart from English. I have traveled enough so I chose the field of Travel to write heer. 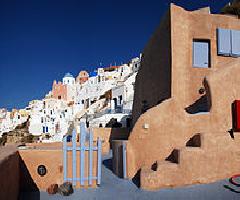 Explore the most famous Greek island and it's beauties. From the food to the beaches and landscapes, there is much to do and see here.