The 3 Major Cave Temples in India 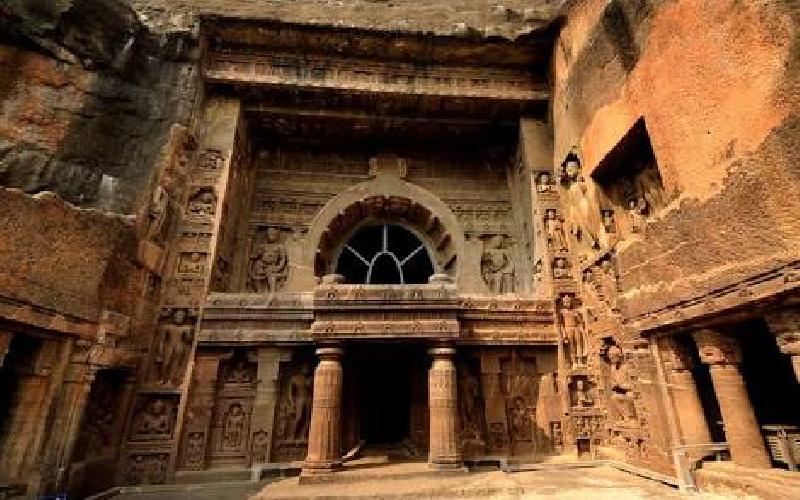 The ancient Indian rock-cut architecture has manifested itself in a profound sense in the cave temples here. Read about the major three of them below.

There are three main cave temples in India. They are amazing examples of the ancient Indian architecture, culture and heritage.

Ajanta caves are among the ancient wonders of India. They are situated in Aurangabad district in Maharashtra. They found a place in the list of World Heritage Sites made by UNESCO in 1983.

Ajanta is a complex of around 30 caves. It is believed to have an age of more than 2000 years. The caves were discovered by Captain John Smith of Madras Regiment in the British Indian Army during a hunt in 1817.

They are situated on the banks of Vaghora river.

Ajanta caves are perfect examples of ancient Indian fine art. The artworks are related to Buddhism. Most of the caves are believed to have been the shelters of Buddhist monks. Five of them were halls for meditation.

The subjects of the pictures in the caves are primarily the life events of Buddha and Jathaka stories. They also shed light on the erstwhile social milieu. The Ajanta caves are mentioned in the memoirs of Chinese traveller Huyan Tsang.

Like Ajanta, Ellora caves are also situated in Aurangabad district. They also were included in the World Heritage Sites list by UNESCO in 1983.

The caves are built on the rocks formed by volcano eruption named Deccan Trapi. They are part of the Western Ghats.

The Ellora caves are believed to have been built from 6th century to 11th century AD. Although there are more than a hundred caves, 34 of them are the most important. The caves are related to multiple religions. The first 12 are related to Buddhism while the next 17 mention Hinduism and the subsequent 4 are of Jainism.

The 16th cave is dedicated to Krishna I, who was a king of Rashtrakuta dynasty. It is known as Great Kailasa and is the world's largest structure built from a single stone.

The caves get their name from the small island in which they are situated. Elephanta is in the Arabian Sea near Mumbai. The caves were declared a World Heritage site in 1987.

The caves were built by Rashtrakuta kings in the 82h century. The temples are dedicated to Lord Shiva of Hinduism. There are 7 caves among which the most important one is Mahesha Murthi cave.

The sculptures in the caves are mainly the different characters of Lord Shiva, including Kalyanasundar, Ardhanariswar and Natraj.

The island was initially known as Kharapuri. The name Elephanta was given by the Portugese, reffering to the great sculpture of an Elephant at the site.

TAGS : cave temples india culture india history ajanta caves
Let us know how you like this article. Like it and Rate it below.
143 0
0
Thanks for rating this article
0 stars - by 0 user(s)

Brief History Of The Philippine National Railways Or Pn

Even in its current situation wherein the PNR is considered as not efficient form of transportation because of its old carriage and poor maintenance, it is still catering our Filipino masses in their day-to-day transport. This article briefly explains the history on how the Philippine National Railways had come to be..