Commander of the Grand Fleet 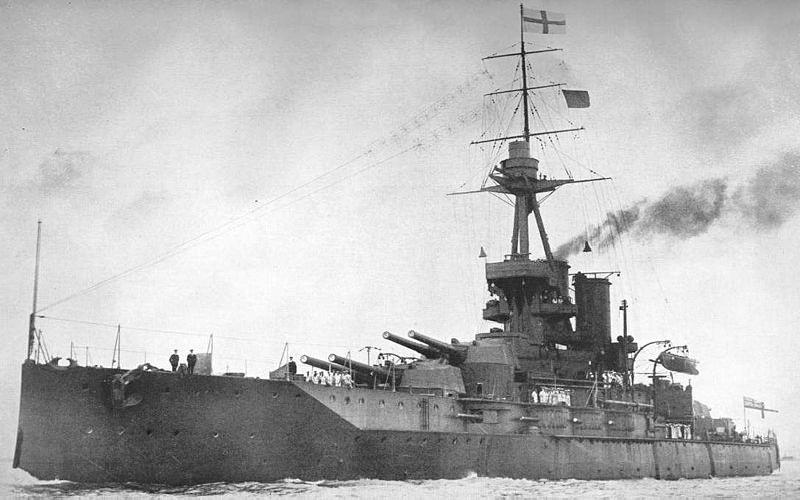 The future Admiral Jellicoe was born in 1859 and he joined the Royal Navy as soon as he left school.

In the last decades of the 19th century it was still the most powerful navy in the world.

At that point the Royal Navy prided itself upon its capacity to promote its most capable officers upon the basis of their merit as much as their social status.

John  Jellicoe certainly fitted into the category of being one of the Royal Navy's most capable flag officers. Indeed when he was appointed Third Sea Lord in 1908 he was the third most senior officer within the senior service. Unlike the First and Second Sea Lords this position meant that he could command a fleet during wartime.

The Anglo – German Naval race led to national obsessions within both countries to  obtain the most number of Dreadnoughts and  battle cruisers. On the eve of  the First World War Jellicoe was commander of the Grand Fleet tasked with preventing the German High Seas Fleet from threatening Britain. He also implemented the ultimately successful naval blockade of Germany.

During the First World War parts of the British press were critical of his cautious approach but he had to consider that if the Royal Navy suffered serious losses that Britain could lose the war. Due to the cracking of the German naval codes he was aware of all their plans to attack his ships.

After the Battle of Jutland Jellicoe was made the scapegoat for the Royal Navy's failure to destroy the High Seas Fleet.

He was made First Sea Lord and from the Admiralty played a crucial role in defeating the German U boat campaign.

With hindsight his wartime treatment was unfair as the Royal Navy could not risk everything. The inability of the Germans to break British command of the sea at Jutland condemned them to a blockade that literally starved millions of them.

Jellicoe was made an Earl in the mid 1920s as a belated recognition of his service to his country. He died in 1935 just as Germany was reviving itself as a threat to British security.

Lenman B (2004) The Chambers Dictionary of World History

Massie R K (2005) Castles of Steel - Britain, Germany and the winning of the Great War at Sea, Pimlico, London

TAGS : Great War Royal Navy German Navy John Jellicoe Jutland Scarpa Flow Grand Fleet High Seas Fleet Winston Churchill
Let us know how you like this article. Like it and Rate it below.
38 1
0
Thanks for rating this article
0 stars - by 0 user(s)